Taksim's Kazanci Street is open to traffic after the completion of debris removal work. 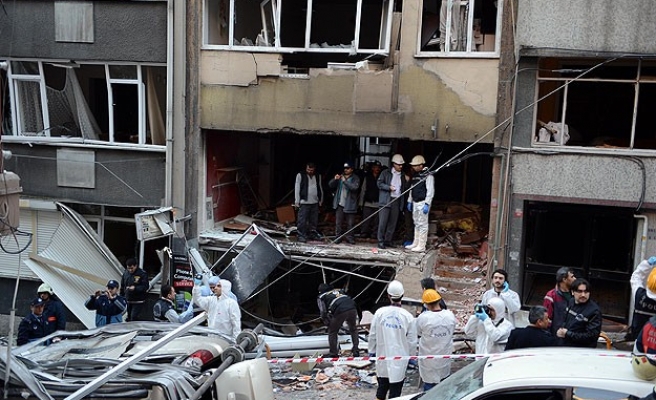 In a post tweeted from his official Twitter account, Mutlu wrote: "The evidence we have found shows that the blast in Kazanci Street was 99 percent caused by a bottled gas."

The explosion on the ground floor of an art workshop in Kazanci Street near Taksim wounded at least six people, three of whom have second-degree burn.

Earlier on Monday, Istanbul Municipality Mayor Kadir Topbas said all six wounded were hospitalized after the blast, three of which were later released from hospital after having an outpatient treatment.

Meanwhile, Taksim's Kazanci Street was open to traffic after the completion of debris and glass removal work by Beyoglu District Municipality teams.

Police have also lifted the security cordon over the area.