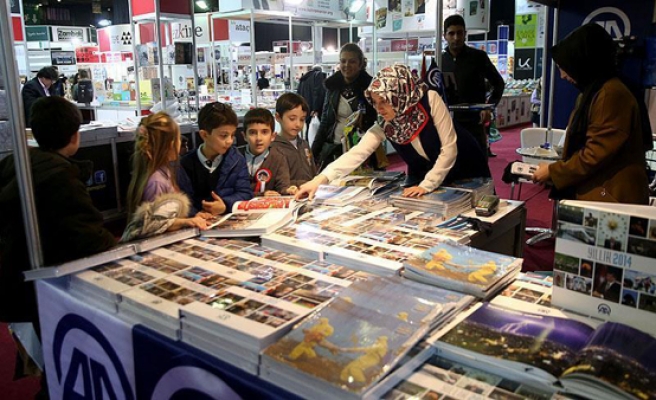 One of Istanbul’s biggest international book fair has opened its doors with a ceremony at the city’s CNR EXPO.

Themed “an accessible world”, the third edition of the CNR Book Fair will be hosting more than 900 cultural events between March 4 and 13, in Yesilkoy district on the European side of the city.

Anadolu Agency is a global communications partner of the fair, attended by about 600 publishing houses.

At the opening day of the fair on Friday, Culture Minister Mahir Unal highlighted the importance of goodness amid a worldwide crisis atmosphere.

“Books are the main carrier of the goodness in the heart of the humanity,” he said: “We need to rebuild our hearts and minds for an accessible world.”

Books published by disabled people, along with conferences and events on disability are being featured in the fair. The aim of this year's fair is to raise awareness on disability.

“We’ve had a chance to introduce the Anadolu Agency almanacs at the fair. We’ve published the almanacs this year in three languages," Kirecci said.

The almanacs were published in Turkish, English and Arabic.

“We are also happy to present the photo album of the Istanbul Photo Awards at the fair,” she added.

More than 100 foreign publishing houses from 19 countries, including Germany, Mexico, the U.K. and Argentina, are attending this year’s fair.

The fair is also boasting the “Arabic Countries Publishers Special Section”, in which 85 Arabic speaking countries would take part including Palestine, Lebanon, Egypt, and Tunisia.