İstanbul governor says no to protest 'at midnight' 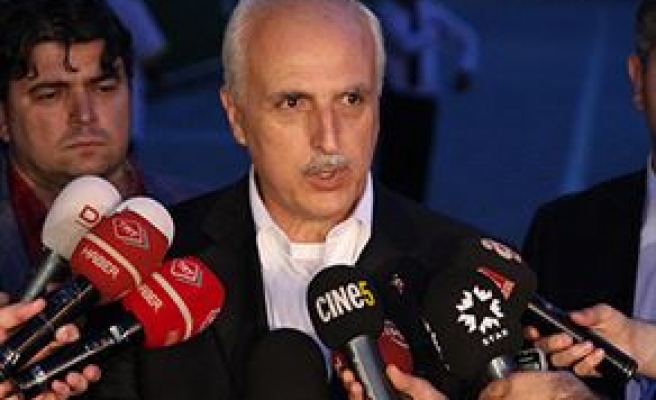 İstanbul Governor Hüseyin Avni Mutlu has said the right to protest cannot be invoked “at midnight” as this disturbs people, after riot police used tear gas to disperse pockets of anti-government demonstrators in several Turkish cities for a third night on Thursday. Officers backed by armored vehicles and water cannon played cat and mouse into the early hours of Friday with groups of youths in the streets of Kadıköy, on the Asian side of İstanbul, dismantling their makeshift barricades of garbage and rubble.

Responding to questions from reporters on the protests in Kadıköy, Mutlu said Kadıköy residents are disturbed by the incidents. Noting that police did not intervene in forums held in the past three months at İstanbul parks as a requirement of “democratic sensitivity,” he said it would nonetheless not be acceptable for a group of 1,000 people to invoke their right to protest at midnight. “They cannot use such a right at midnight. They cannot disturb Kadıköy. They cannot use this right by throwing Molotov cocktails around. Are Kadıköy residents doing this? No. These are marginal groups,” Mutlu said.

There were similar protests in Ankara and reports on social media of unrest in the Mediterranean coastal cities of Antalya and Antakya, but the troubles were not on the same scale as the weeks of rioting which rocked Turkey in June and July.

Protests have rumbled on intermittently since the summer, but intensified again this week after a 22-year old man, Ahmet Atakan, died during clashes with police in Antakya, near the border with Syria, early on Tuesday.

"We are protesting the death of Ahmet. We won't stop the resistance until there's justice. The government knows we won't give up, that's why the police are here," said one protester in his early 20s in Kadıköy, declining to give his name.

Atakan died after falling from a building, but investigations continue into the circumstances of his death.

The summer protests presented one of the biggest challenges to Erdoğan's rule since his Islamist-rooted AK Party first came to power a decade ago, spiraling out of a demonstration in late May against plans to redevelop an İstanbul park into a broader show of defiance against his perceived authoritarianism.

The latest unrest comes just six months before local elections, the start of a voting cycle which also includes a presidential election next August - in which Erdoğan is expected to run - and parliamentary polls in 2015.

"If there is illegal interference in other people's areas of freedom we will, with all our security forces, exercise the authority granted by the law to the limit," Erdoğan said in a speech at the opening of a trade fair in İstanbul on Thursday.

"Efforts by a small minority to create chaos and cause damage in Turkey will never be successful."

The riots in June and July were sparked by a heavy-handed police crackdown on demonstrators camped out at İstanbul's Gezi Park - further evidence, Erdoğan's opponents said, of the government's intolerance of dissent.

Four protesters and a police officer died as demonstrators, some armed with rocks, fireworks and Molotov cocktails, clashed with police firing tear gas, water cannon and pepper spray in the ensuing violence around the country.

While the summer of discontent may make the local elections next March more challenging for the AK Party, particularly in İstanbul, they are unlikely to inflict much of a deep change on the broader electoral map.

Nearly the whole country - apart from the Aegean coast, the mainly Kurdish southeast and a small region on the European continent - is AK Party orange and the opposition has so far failed to unite the diverse range of protesters - from nationalists to gay rights activists - in any coherent political movement.

Erdoğan, who mobilized hundreds of thousands of supporters at rallies meant as a show of strength during the summer protests, has repeatedly said the public will give their answer to the demonstrators at the ballot box.