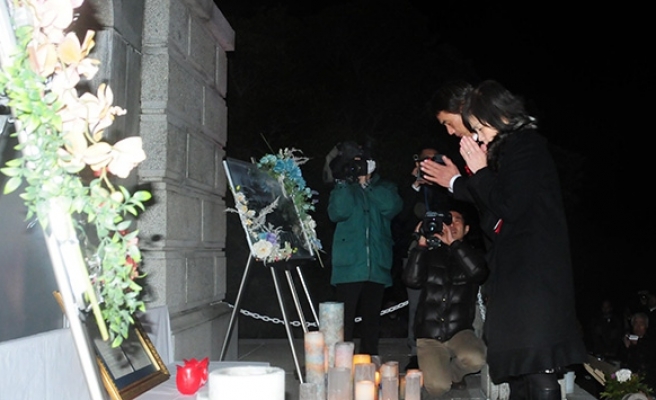 World Bulletin / News Desk
Japan held a commemorative ceremony in Kushimoto for Orhan Suyolcu, a pilot for Turkish Airlines (THY) that rescued 215 Japanese people left in Tehran during the Iran-Iraq War in 1985.

Japanese and Turkish officials attended a ceremony honoring Suyolcu and an Ottoman-era frigate that sank off Kushimoto Island in 1890.

Delivering a speech during the ceremony, Turkey's Ambassador in Tokyo Serdar Kilic said that the Japanese held the ceremony in good faith.

Junichi Numata, one of those rescued from Tehran, said, "Suyolcu rescued us...no one would dare to do it at the time."