Ergin did not specify the education levels of the jailed students. 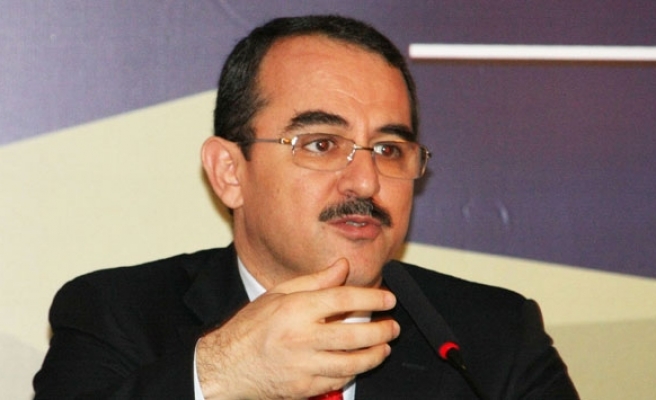 Justice Minister Sadullah Ergin has said a total of 2,824 students are currently incarcerated in Turkey's prisons on various accusations and charges, with 1,046 of them having already been convicted of crimes.

“As of Jan. 31, 2012, there are a total of 2,824 students in jail. Of them, 1,778 are being held in prison pending trial and 1,046 have been convicted in court. Of those held pending trial, 609 are accused of membership of a terrorist organization, while 178 of the convicted students are serving time for membership of a terrorist organization,” Ergin stated.

Ergin's remarks came in response to a parliamentary question submitted by Özgür Özel, a deputy from the main opposition Republican People's Party (CHP). In his question to Parliament, Özel asked how many students there are in Turkey's jails, and how many of them are accused of membership of a terrorist organization.

Ergin did not specify the education levels of the jailed students. Some university students have previously been detained and later arrested for participating in protests calling for free education.

Özel told the Radikal daily that he has paid visits to 32 prisons across Turkey over the past year and noted “incredibly many students” in detention. “This is why I wanted to learn how many students are jailed. What I learned from the ministry [about students held pending trial and those convicted of a crime] is far beyond my expectations. Students who carried banners for free education in demonstrations are accused of membership in a terrorist organization. Prosecutors who work to create criminals seem to have achieved their objective,” the deputy said.

One recent incident concerns Cihan Kırmızıgül, a 22-year-old student at İstanbul's Galatasaray University. Kırmızıgül was sentenced to 11 years, three months' imprisonment by an İstanbul court in May on charges of membership of the Kurdistan Workers' Party (PKK), possession of explosives and causing damage to private buildings.

The legal case against Kırmızıgül is popularly known as the “poşu” case. Claims were made that the young man was accused of being a PKK member because he happened to be walking in the Kağıthane district of İstanbul, wearing a poşu, when a group of similarly dressed youngsters, allegedly PKK sympathizers, threw Molotov cocktails at a nearby market in 2010. A poşu is a traditional type of Kurdish scarf that is often seen as a political symbol and which many associate with the PKK.

Another jailed student who stands accused of membership in a terrorist organization is Duygu Kerimoğlu, whose house was raided earlier this year as part of an operation against socialist hacker group RedHack (Kızıl Hackerlar). Kerimoğlu was arrested in May and is currently being held at the Sincan Women's Prison in Ankara. She is a student at Mersin University.

Rıdvan Çelik, a student at Dicle University, was arrested in April 2011 on charges of membership of a terrorist organization. He was accused of participation in illegal demonstrations held by the pro-Kurdish Peace and Democracy Party (BDP) and of chanting slogans against the state. A Diyarbakır court recently sentenced him to over 14 years in prison.