MILGEM’s winning bid for the Koç Group’s RMK Marine has been cancelled. 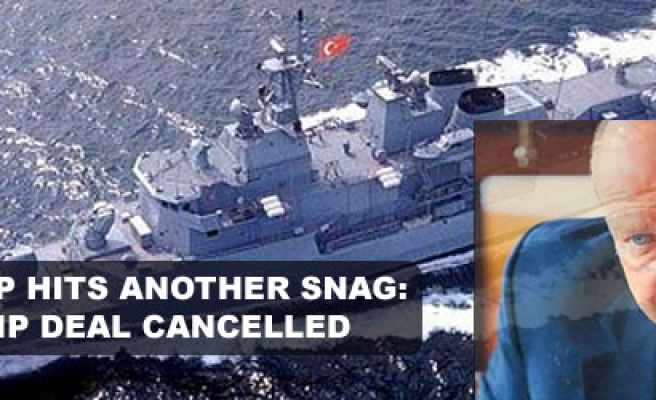 MILGEM has had its winning bid for the RMK Marine, which belongs to the Koç Group, cancelled during a meeting attended by the Turkish Prime Minister Recep Tayyıp Erdoğan.

Companies that could not enter their bids alongside the National Vessel Project (MILGEM) had complained to the Prime Minister’s inspection committee.

Representatives who were sent to the undersecretariat of the defense industry analyzed the bid’s dossier page by page. MILGEM’s other projects regarding the Heybeliada and Büyükada vessels have recently been completed. Their winning bid for the RMK Marine was set to add to their other ongoing projects.

After hearing the complaints of other firms and seeing the reports of the representatives, the Prime Minister decided to cancel the deal and restart the bidding process.

The Koç Group is believed to have been involved in the nationwide Gezi protests. In early September, Koç Holdings Chairman Mustafa Koç repudiated the claims that his group actively supported the Gezi Park protests in the early summer, saying that the opening of the Divan Hotel's doors to demonstrators who were escaping from the police was only out of humanitarian concerns.

“There are lots of allegations like there is a big conspiracy being put on against Turkey and that we are a part of it. We are asserting how important domestic peace and economic and social stability is for our country's future and prosperity at every opportunity, hence the future of the business world. Therefore, we cannot allow comments aligning our group with movements that target Turkey's stability to stand,” Koç said.

Koç has 14 publicly trading companies, and these firms have a total market value of TL 85.6 billion, 16 percent of the total company value on BIST. The market value of the shares of Koç companies on the stock exchange decreased by TL 1.8 billion (nearly $1 billion) following raids on firms belonging to the group.

During protests over Istanbul's Gezi Park this year, Erdoğan accused a group he referred to as the “interest rate lobby,” a group of speculators who, the prime minister claimed, were using the countrywide protests as a pretext to tank the market.

When the Gezi Park protests were in full swing, Erdoğan defended his position by bringing Koç University to the people's attention. Erdoğan asked, "Why didn't the environmentalists say anything against Koç University when it cut thousands of trees to build its campus?” Some observers argued back, after which Erdoğan implicitly referred to the Koç group as part of the “interest rate lobbyists.”