Kurds want to stay in Turkey

New survey of hundreds of people in Turkey's southeast reveal a desire for peace along with language rights and recognition of Kurdish identity. 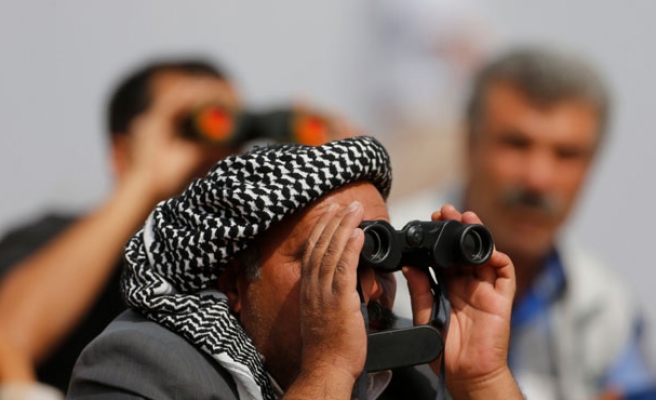 Kurds in the southeast of Turkey want to stay in the unitary structure of the state.

This was the verdict of a new research released on Tuesday by Istanbul-based think tank, the Association of Justice Defenders Strategic Studies Center, or ASSAM.

The report surveyed local people’s perceptions of ongoing talks between the Turkish government and the outlawed Kurdistan Workers' Party, or PKK.

The 80-page report said that locals in the region want to see an immediate solution to the conflict which has cost tens of thousands of lives.

Speaking to the media in Istanbul, rector of Uskudar University Nevzat Tarhan said that Turkey’s “solution process” has reached a critical point.

Stating that Turkey is close to a solution to the Kurdish conflict, Tarhan said: “We are aware that there are those who want to sabotage the process.”

Tarhan was referring to last year’s September demonstrations when the PKK cease-fire was strained due to spillover from the civil war in Syria, Turkey's neighbor to the south.

Nationwide demonstrations broke out in Turkey after calls for shows of solidarity with the Kurdish-populated Syrian town of Kobani, which was besieged by militants of the Islamic State of Iraq and the Levant.

Reacting to what it said was the Turkish government's harsh treatment of Kurdish refugees from Syria, the PKK killed three Turkish policemen.

However, according to the report, most Kurds in the region want to have a federal system and stay as part of a unitary Turkey.

Tarhan also pointed out that there is an expectation from locals that the talks process be finished ahead of Turkey’s anticipated 2015 general elections.

“The worst agreement is better than any uncertainty,” he added.

Tarhan’s remarks came after Turkish Prime Minister Ahmet Davutoglu’s visit on Monday to the Kurdish-populated province of Diyarbakir where he spoke the crowd in the Kurdish language.

There are an estimated 30-35 million Kurds in the world, spread largely over adjacent areas of Turkey, Syria, Iraq and Iran.

Kurds in Iraq – where they make up perhaps 25 percent of the population – now govern a semi-autonomous region in the country's north.

Speaking to the press, the board chairman of the ASSAM Adnan Tanriverdi, who is a retired Turkish brigadier general, lined up some of the report’s key findings such as: demand for education in a mother tongue; recognition of Kurdish identity; tackling the high unemployment rate; and the claimed inefficiency state courts in the region.

According to the report Turkey should also be in contact with nongovernmental organizations in the region as well as the PKK and the People's Democratic Party, or HDP.

Ten researchers from the association traveled across seven provinces in the southeast between 9-22 Dec. and conducted face-to-face interviews with around 500 people including members of government agencies, NGOs, universities, labor unions, tradesman and local people.