Kuwaiti embassy employees in Ankara are accused of beating up a Turkish pilot in a road rage incident. 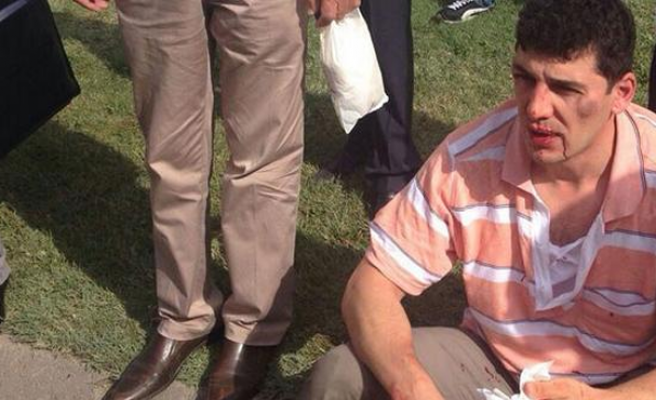 Kuwait has denied claims that embassy staff beat a Turkish air force pilot in a road rage incident in Ankara.

The country’s ambassador to Turkey, Abdullah Al-Duwaikh, denied allegations that Major Hakan Karakus was attacked in front of his wife and baby.

The pilot, who had recently returned to Ankara from a NATO exercise, claimed he was taking his six-day-old infant to hospital to be vaccinated on Thursday when he was nearly involved in an accident with a Kuwaiti diplomat’s car in an upmarket district of the capital. Four men got out of the Kuwaiti car and allegedly attacked him.

It is said that passersby had to intervene to prevent the officer, who was treated in hospital for his injuries, being more seriously hurt.

"It is opposite of what you heard," said Al-Duwaikh. "There were not four guys in the car, there were just our diplomat and his driver."

Al-Duwaikh claimed the diplomat was going to the bank when Major Karakus blocked his car’s path.

"The bank's security camera, security personnel and workers there are witnesses,” the ambassador said. “He kicked the diplomat's car, there are pictures, so security told our diplomat not to leave the bank.”

Al-Duwaikh also said the accused diplomat did not touch Major Karakus, accusing the flyer of involvement in blackmail. "We don't know who is behind him but we trust the law of this country and we trust our evidence," he added.

Turkish media reported that the pilot had filed a criminal complaint.