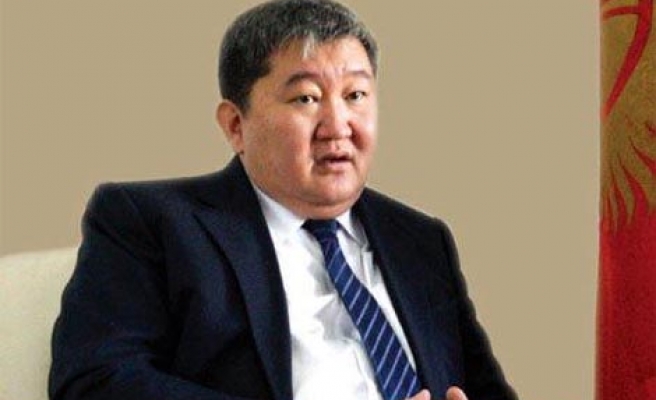 Kyrgyztan opened an honorary consulate general in the north-eastern province of Trabzon on Wednesday.

Speaking at the inauguration ceremony, Ambassador Ibraimov said that Turkey was the first brotherly country to recognize the independence of Kyrgyzstan.

Our diplomatic relations with Turkey are excellent, Ibraimov noted.

A member of the Executive Board of Agaoglu Group of Companies and Kyrgyztan's Honorary Consul General in Trabzon, Alican Agaoglu, in his part, said that he assumed a duty that was highly honorable.

We aim to carry our bilateral relations to the best point possible. I am happy to have become Kyrgyzstan's Honorary Consul General. We believe that Trabzon would benefit from such an entity. There are many important countries in Asia and Kyrgyzstan has a special place among Turkish speaking countries. In 2011, Kyrgyzstan grew 5.7 percent and was a shining star of Asia, Agaoglu noted.