France defeated Lebanon 86-59 in Group D of the FIBA 2010 World Basketball Championship in the Aegean province of Izmir earlier on Sunday. 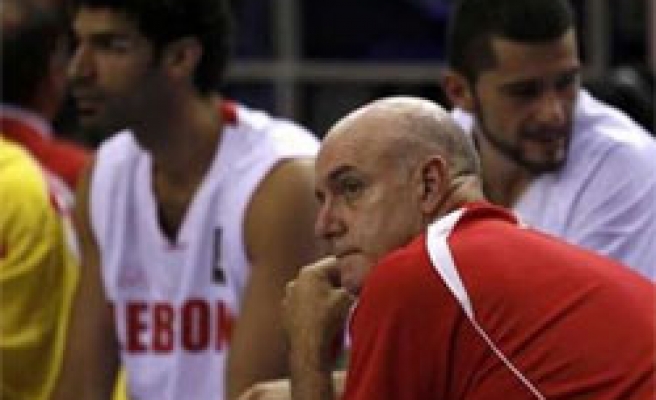 The coach of Lebanese national basketball team said on Sunday that his team could not display the performance it desired to display during a FIBA 2010 World Basketball Championship game against France.

Coach Tab Baldwin of Lebanon said his team began the game well, however the rivals had a good performance after a problem they faced regarding the ring in the second quarter of the game.

"Our rival did well, and they gained 38 points inside, which impressed me a lot," Baldwin told reporters after the game.

Baldwin said Lebanese team had some problems after the second quarter, and expressed belief his team would play better in the upcoming game against New Zealand on Tuesday.

Also speaking to reporters, coach of France, Vincent Collet said his team was not as well as during defense in the first quarter, but Lebanon was very well and displayed a fast game.

Collet said his team had to urge their rivals to make fouls, however technical problem affected both of the teams.

The coach of the French team appreciated Lebanese team's spirit.

France defeated Lebanon 86-59 in Group D of the FIBA 2010 World Basketball Championship in the Aegean province of Izmir earlier on Sunday.

One of basket rings had broken down after a slam of Nicolas Batum of France.

France will take on Canada on Tuesday.