Lebanon defeated Canada 81-71 in Group D of 2010 World Basketball Championship in the Aegean province of Izmir. 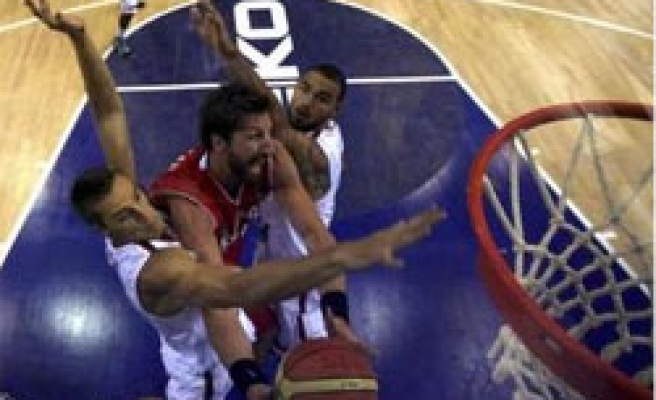 Lebanon defeated Canada 81-71 in Group D of 2010 World Basketball Championship in the Aegean province of Izmir on Saturday.

Lebanon's coach Tab Baldwin expressed pleasure to end their first game with a victory, and said the team was successful in rebounds and could lose the game if the team could not win the rebounds.

The coach of Canadian basketball team said that his team would focus on Sunday's game after the defeat by Lebanon.

Coach Leo Rautins of Canada told reporters that there were tactical differences between Canada and Lebanon.

"Our rival used more free shots, and it was a challenging game," Rautins said.

Rautins said Canada would focus on Sunday's game against Lithuania, and should work to play more aggressive in upcoming games.