Coach Nenad Vucinic of New Zealand said that the could not reflect the performance he had expected and had offensive and defensive problems. 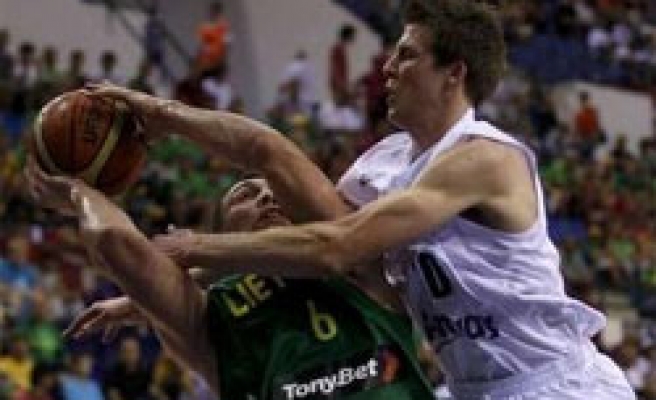 Lithuania topped the Group D of the FIBA 2010 World Basketball Championship at the end of first-day games.

The Group D games are taking place at Halkapinar Arena of the Aegean province of Izmir.

Below are the standings in Group D:

Meanwhile, the coach of New Zealander basketball team expressed thought that the team could not display a good performance against Lithuania.

Coach Nenad Vucinic of New Zealand said that they could not reflect the performance he had expected and had offensive and defensive problems.

"Although, we got two time-outs in the second period, we could not play better," Vucinic told a press conference after the game.

Vucinic's remarks came after Lithuania had defeated New Zealand 92-79 in the first game of the Group D of 2010 World Basketball Championship in the Aegean province of Izmir.

On New Zealand's game with Spain to take place on Sunday, Vucinic said Spain was an effective team and therefore New Zealand should play better offensive and defensive basketball.

Also speaking after the first game, Lithuania's coach Kestutis Kemzura defined the game against New Zealand as challenging for his team.

Kemzura said New Zealand was an effective team, and Lithuania was challenged with the most scorer player of New Zealand, Penney.

Lithuania should develop itself in rebound and 3-point shots, Kemzura also said.