Through an obligatory course in high school, Turkish students will be able to learn Ottoman Turkish, an idea presented at the 19th Council of Turkey National Education suggested. 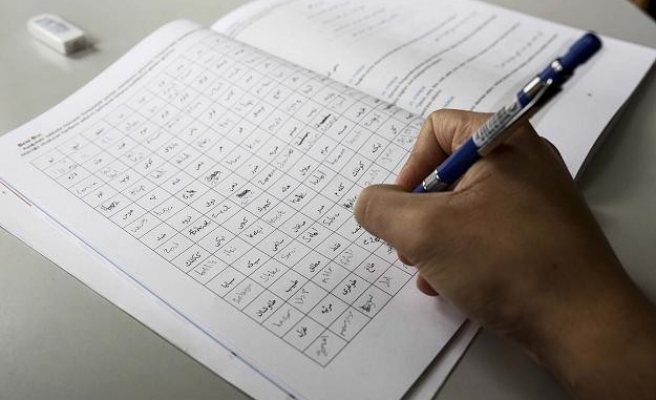 The Ministry of Education (MEB) has completed their work at the 19th National Education Council for the third day. Discussing curriculum and the weekly schedule, they have adopted compulsory Ottoman Turkish as a subject across all high schools.

The event gave students, parents, teachers and representatives of education trade unions the opportunity to suggest changes to the current educational system.

Attendees said there is increasing demand in Turkish society to learn Ottoman Turkish. The suggestion was later voted on and forwarded to the council's general assembly.

In order to reduce the class variation for students, a system of term subjects was discussed – combining Turkish language and literature into one module. Simplification of the content of health care, first aid and traffic lessons to be distributed and that all middle school hours to be reduced were also new strategies to be adopted.

Those who opposed the vote said that many would have difficulty reading the script and that it should be a selective subject for those interested in history.

Turkish people have used a number of different alphabets throughout history including the Arabic alphabet after they accepted Islam.

Later on, Ottoman intellectuals of the last period, including Abdul Hamid II, the 34th sultan of the Ottoman Empire, suggested that Arabic letters should be improved to make reading and writing easier.

The use of the new alphabet was made compulsory in all public communications.

Replacing the Arabic script was defended on the ground that it was not appropriate for the authentic Turkish phonology, but some say the change caused Turks to be cut off from the literary heritage of the Ottoman era.

Members also voted against the preparation class implementation for high schools. The issue of “Alawism” to be taught in the religious ethics classes was not raised as this was discussed in an earlier meeting.

Another suggestion that garnered many votes was increasing the number of religious and ethics courses from one to two classes per week in high schools. The same was also suggested for primary school children, including preschoolers.

"Just like we need food and drink to be physically well, we also need religious and ethics education to be spiritually well," Mustafa Kir, provincial head of Memur-Sen trade union in Ankara, said. "What children learn between the ages of 3 and 6 is significant and that is why we focus on moral education early on."

Kir said many parents are sending their children to private schools that offer moral education classes.

"State schools should also provide parents with the same opportunities," he said.

Among the other suggestions at the council's meeting was enabling primary school graduates who want to become "hafiz", those who memorize the entire Qur'an, to suspend their education for two years.

The measure would grant these students long-distance learning opportunities when they are unable to be physically present in school. The idea was well received by council attendees.

The council, organized by the Turkish Ministry of National Education, hosted around 600 students, parents, NGO representatives, educators and academics, as well as government officials, enabling them to voice opinions about the educational system in Turkey.

The first council was held in 1939. Since then, educators, academics and authorities have come together periodically to evaluate and improve the country's education policy.