The fourth hearing of the Mavi Marmara case, in which Israeli soldiers killed 9 civilians in international waters, is due to get underway today. 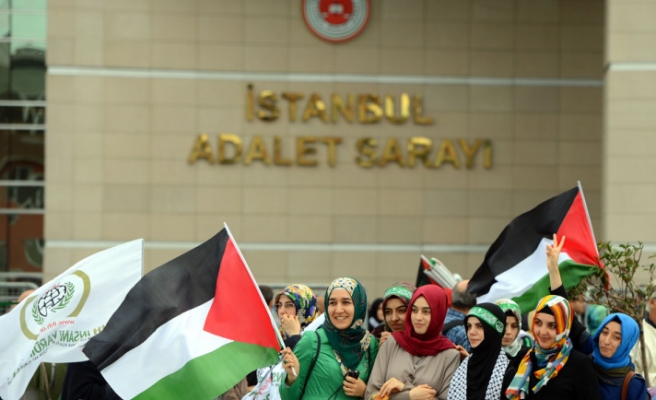 The fourth hearing of the Mavi Marmara case is starting in Istanbul today, seeking to bring the Israeli commanders who killed nine civilians in international waters on 31 May 2010 to justice.

The incident happened when Israeli commandos raided the Mavi Marmara ship, which was carrying aid to the people of Gaza from Istanbul. As a result, nine humanitarian activists were killed in the eastern Mediterranean. All nine men were Turkish citizens, with one also holding US citizenship as well. Many other civilians of a range of nationalities were also injured after being fired on with live ammunition.

All aboard the ships that were part of a joint Flotilla organized by the Turkish charity IHH were arrested and taken to the Israeli coastal city of Ashdod where they were treated badly and had their property confiscated.

Both Turkey and Israel agreed to the European Convention on Extradition (SIDAS), meaning that if the court issues the warrants, Israel has no choice but to extradite the suspects. Turkey will also be able to get the international police organization Interpol to make sure that Israel sticks to its side of the agreement.

The United Nations Human Rights Council said that conditions of the Fourth Geneva Convention had been violated during the raid in international waters. The council had also previously requested that the perpetrators as well as those who gave the orders to attack be prosecuted in the International Criminal Court on 14 May 2013. This could see all those responsible for the raid, including the Israeli Prime Minister Benjamin Netanyahu, put on trial.