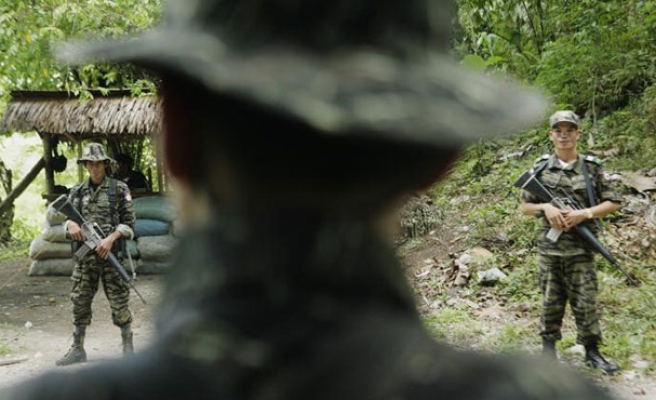 An international group looking at ways in which it can help Turkey's "solution process" with the Kurds has been visiting the Autonomous Region in Muslim Mindanao (ARMM) to discuss the ongoing peace initiative between the Government of the Philippines and the Moro Islamic Liberation Front.

The Democratic Progress Institute (DPI), led by Turkish Director Kerim Yildiz, was welcomed by ARMM Chief of Staff lawyer Rasol Mitmug Jr on Friday according to a press statement from the region's Bureau of Public Information.

ARMM officials said they briefed Yildiz and his party -- which advertises itself as an international group that specializes in conflict resolution -- on the region’s initiatives on the Bangsamoro transition.

"In the conversation that lasted four hours, issues on constitutional accommodations, art of negotiation and the protection for minority groups became prominent, the statement added."

"It's not an official delegation. It is a trip organized by the Democratic Progress Institute (DPI). They were meant to go there on October 2014, but the 6-7 October incidents happened so they could not go," he said.

"The reason of their trip is to observe the on-going peace process in Philippines, how is it done. To affiliate with the Kurdish issue in Turkey. They went to Northern Ireland with that purpose before as well," Oruc added.

In its statement, the ARMM's information bureau office executive director Amir Mawallil said that the group also discussed various programs and projects for the region’s constituents.

He added that Yildiz had revealed that the aims and objectives of the DPI were to broaden the base for dialogue and conflict resolution between the Turkish government and Kurdish armed groups, which is done through activities, mainly study visits, as well as round table meetings.

A statement Wednesday from the Office of the Presidential Adviser quoted Yildiz as saying that “the Turks are at a very important stage”.

Mawallil added in Friday's statement that Yildiz had said that ex-members of Parliament from Turkey’s main political parties, members of the Wise Persons Commission, policy makers and journalists were taking part in such study visits.

DPI was established in consultation with a group of international experts in conflict-affected areas around the world, including Turkey, and other countries such as Peru, South Africa and Ireland.

From June 21 to 26, the delegates are conducting a week-long comparative study visit to the Philippines to explore lessons learned from the southern Philippines’ peace process.

“This is an important and timely visit, which comes at a critical point in the Philippines’ peace process in particular in relation to the recent decommissioning of weapons,” the statement quoted Yildiz as saying.

The visit was hosted by the Office of the Presidential Adviser on the Peace Process.