Military coup in Egypt to be discussed in Istanbul 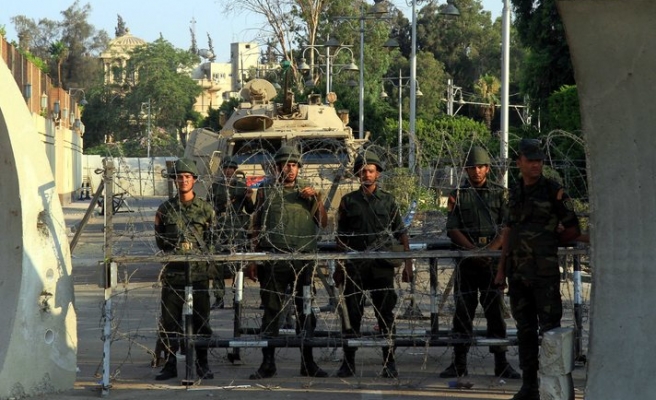 The military intervention on 3 July 2013 in Egypt will be discussed in Istanbul in a conference called as “Test of the world in the face of military coup against people's will” on Wednesday.

The Secretary-General of the Forum of Muslim Thinkers, Dr. Sami Al Sadi, said Tuesday in a press conference that participants will analyze how the international community responded regarding military coup against people's will and freedoms and initiatives that harm Arab Spring.

Sadi added they will discuss a secure road map on how people can achieve freedoms by their free will.

Prominent thinkers and academics will debate topics such as “Democracy in Islam World: Turkey and Malaysian examples”, “The stance of international community vis a vis transformation in the Middle East”.  The conference will end on 26 September.