Mine blast kills many in eastern Turkey

The blast occurred near the village of Gecitli in Hakkari province near the borders with Iraq and Iran. 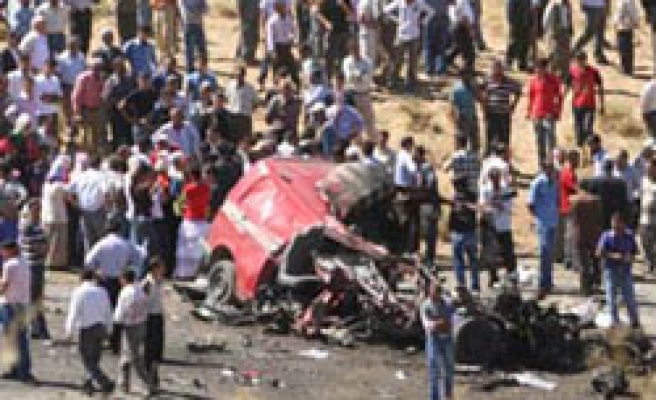 At least eight people were killed and three wounded when an explosive device ripped apart their minibus in southeast Turkey on Thursday, local officials said.

The blast occurred near the village of Gecitli in Hakkari province near the borders with Iraq and Iran.

Resul Kaya, mayor of the nearby town of Durankaya, told Reuters nine people died when the minibus hit a landmine. Security officials said it was a remote-controlled explosive device left in the road.

Outlawed Kurdistan Workers Party (PKK) militants have frequently carried out similar attacks in the past.

Turkey has been fighting PKK over the past 26 years.