Ministry to open Canal Istanbul tender by end of year

Noting that the project does not only consist of a canal, Yıldırım explained that it also includes a bridge, connecting highways and the development of surrounding neighborhoods. 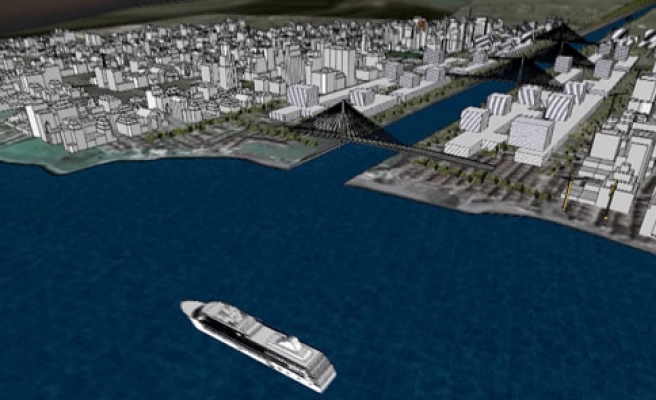 Minister of Transportation, Maritime Affairs and Communications Binali Yıldırım announced on Thursday that the roadmap for the Canal İstanbul project -- a huge construction project to build a canal between the Black Sea and the Sea of Marmara -- will be put out to tender by the end of this year.

Noting that the project does not only consist of a canal, Yıldırım explained that it also includes a bridge, connecting highways and the development of surrounding neighborhoods. “We have reached the last phase of the project planning. Everything regarding the tender is expected to become clear by the end of the year.”

Prime Minister Recep Tayyip Erdoğan announced the Canal İstanbul project during his 2011 election campaign. Many have called it crazy. The project has received heavy criticism from environmentalists, claiming that the canal, combined with the other projects such as a third international airport and a third bridge to be built over the Bosporus, will disturb the groundwater and water balance of the Thrace region among other effects.

Meanwhile, Yıldırım also said that the construction of new metro lines is nearing completion noting: “We had indicated previously that the construction would be done by end of the 2013 but the metro line between Kızılay and Çayyolu as well as Batıkent and Sincan in Ankara will be open before year's end. The line between Tandoğan and Keçiören is also estimated to be opened in the first half of 2014.”