A new mosque planned for İstanbul's Taksim Square is reportedly waiting for the approval of Prime Minister Recep Tayyip Erdoğan. 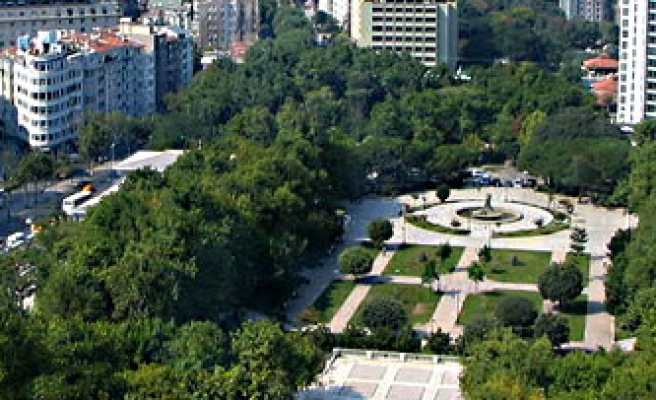 The project had previously been approved by the Taksim Mosque Culture and Arts Foundation. However, the prime minister last year found the project to be too modern and would not approve the plans. Now the project will be presented to Erdoğan again with some modifications.

Alp, who says he is an admirer of modern architecture, placed verses from the Quran inside the mosque's main dome, a typical feature of a mosque, instead of the calligraphic rendering of the word “Allah” (God), which he had used in the first version of the project.

Alp says the main dome of the mosque symbolizes the Earth, and adorning it with verses from the Quran symbolizes that the Quran and Islam span the globe.

Under the main prayer area will be a “Museum of the Religions” consisting of three layers symbolizing the three Abrahamic religions: Judaism, Christianity and Islam. According to Alp, these layers give a message of unity and peace to Taksim, which houses numerous churches.

Alp made an alteration to the mosque's minaret, placing one great crescent on it, which had supported one large crescent and four smaller ones in the old project.

The project was granted three international design awards in one year.