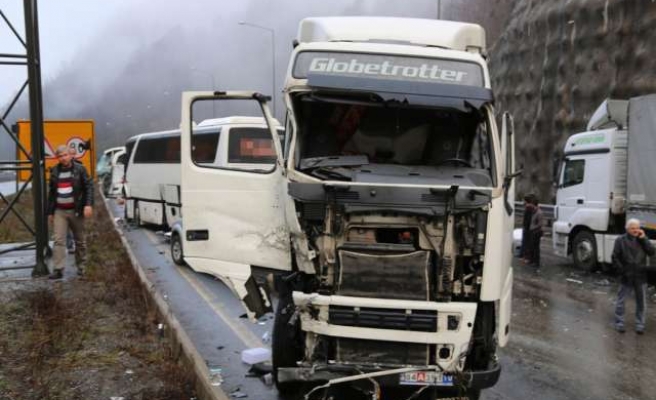 At least three people died and 32 were injured Sunday when seven vehicles collided on the Trans-European Motorway in a Turkish mountain pass, located between the capital, Ankara, and Istanbul.

The multiple vehicle collision on the Bolu mountain pass, caused by a slippery road, involved three buses, a truck, a tanker, a van and a car, officials said.

The injured were taken to hospitals in Bolu and Duzce, two cities located between Ankara and Istanbul.

Drivers en route to Istanbul have been diverted to other highways because of the accident.