A virus that has killed six people in the past two weeks may be the same strain of the West Nile virus that was also observed in the north of Greece, doctors say. 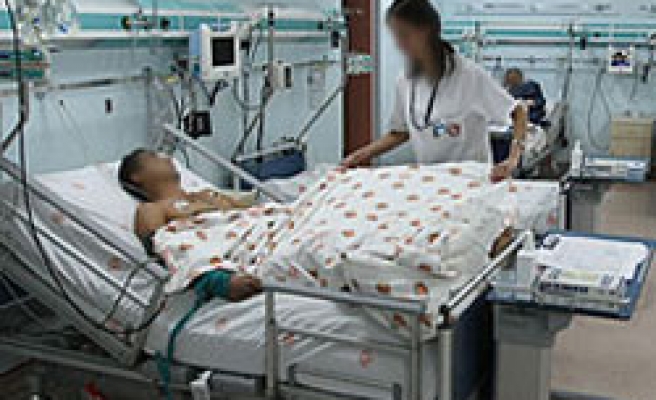 The Turkish Health Ministry announced that six out of the 16 patients who have come to the Manisa State Hospital since Aug. 12 complaining of fever, thrombocytopenia (lack of blood clotting cells), altered states of consciousness and skin eruptions have died.

The statement also announced that a scientific committee was rapidly set up following reports from the Manisa State Hospital's infectious diseases experts. The committee is composed of experts from the Health Ministry's Fundamental Health Services General Directorate, the Refik Saydam National Public Agency (RSHM), which deals with bacteria and viral disease prevention, and academics from relevant medical backgrounds.

The statement said the medical cases were currently being evaluated by doctors, adding that a field inspection was also under way. The committee is also investigating possible cases that might have gone unreported and has laid out a strategy for managing a potential outbreak. The committee has been working for a full diagnosis and to determine treatment options.

The statement said, “Whether the cases in Manisa bears any resemblance to the mosquito-born West Nile virus cases observed in the north of Greece is being investigated separately in cooperation with international health agencies.”

RSHM President Mustafa Ertek said they started working on identifying the virus 10 days ago, following a notification from the Manisa State Hospital.

Ertek said, “Currently, there is a West Nile epidemic in the north of Greece. Minor West Nile epidemics have also been observed in countries such as Morocco and Algeria. It is not a contagious disease, but it can be transmitted to another patient through blood transfusion. The symptoms in the Manisa cases resemble the West Nile strain that was recently detected in northern Greece.”

However, he added that they would have to wait for laboratory results to make a definite identification.

The West Nile Virus was under the public spotlight in 2001 and 2002, when there was an outbreak in the US. Eight people in Greece died in August, and authorities there report nearly 100 cases identified as West Nile virus.