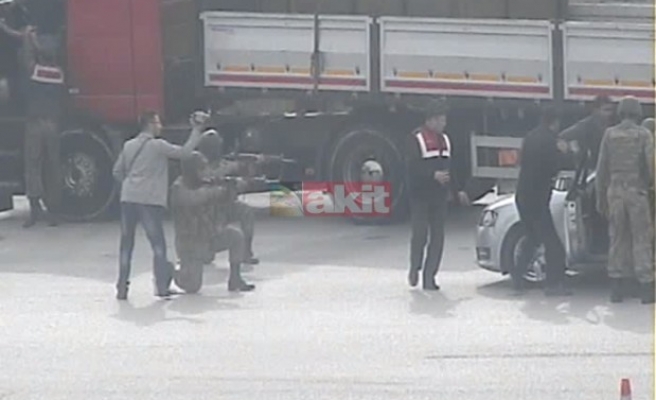 In the photographs, gendarmerie forces point guns at intelligence workers before removing them from the truck.

The raid, which was claimed to be ordered after a tip-off suggested that the trucks contained weapons that were going to be delivered to Al-Qaeda linked groups in Syria, involved nearly 500 gendarmerie forces.

The raid is believed to have been part of a wider operation that has been taking place across Turkey since the anti-graft arrests of two dozen government loyalists on December 17, in what Turkish Prime Minister Recep Tayyip Erdogan has called a post-modern coup attempt by a 'parallel state' ahead of the local elections in March.