No solution in Syria crisis without Turkey: PM 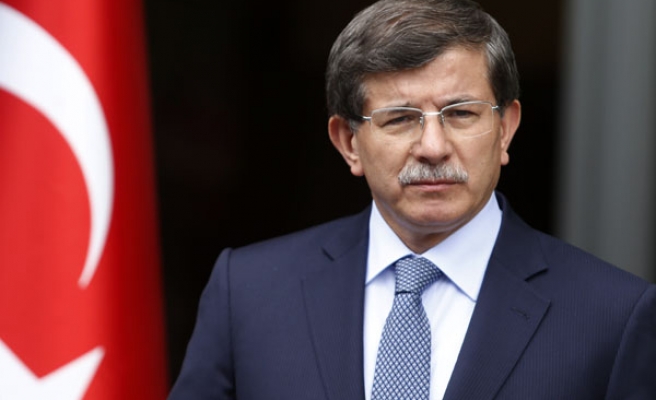 "Can the Syrian question be resolved with an equation in which Turkey does not figure? Is there a formula for progress that does not include Turkey?" asked Davutoglu in a live broadcast on A Haber and ATV channels.

The prime minister's remarks came as a response to allegations in the media that said "Russia, the U.S. and Iran are seeking a solution for the conflict in Syria, but not Turkey".

He said Bashar al-Assad would control all of Syria today if the formula under discussion were to be developed further, and added: "It cannot go further, because Turkey cannot leave the fate of its 911-kilometer border to other countries."

Reiterating Turkey's sensitivity about border security, Davutoglu said this issue was brought to the attention of both Russia and the U.S.

"We said the [Democratic Union Party] PYD cannot move to the west of Firat (Euphrates). If it moves, we will hit it. We have already hit it two times. We said that Turkey's borders may not be breached," said Davutoglu.

"Those who say this [that Turkey is not involved] do not know that our foreign minister launched a quadruple mechanism of Turkey, Russia, U.S. and Iran in Vienna, and that the minister has gone to Paris to discuss it as well," said Davutoglu.

He said the meeting in Paris would be among foreign ministers of the nine countries that are members of the Syria's Friends Group.

Turkish forces shot down a Syrian warplane for entering its airspace on March 23, 2014 and shot down an unmanned aerial vehicle 3 kilometers (1.86 miles) inside Turkish territory on Oct. 16.