The number of airlines passengers at Sabiha Gokcen airport, in Asian-side, has almost doubled year-on-year in the first six months of 2010 to 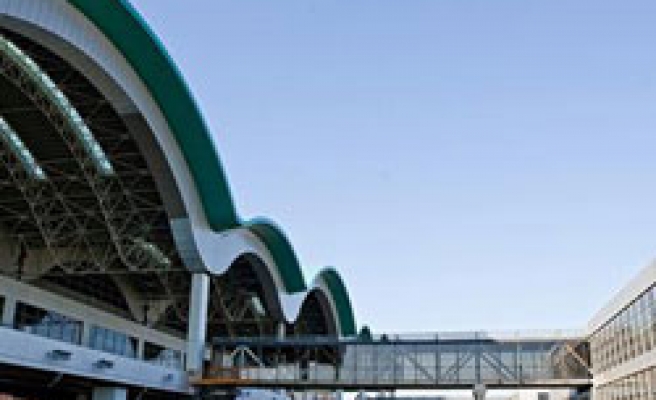 The number of airlines passengers at Sabiha Gokcen International Airport, the biggest in Istanbul's Asian-side, has almost doubled year-on-year in the first six months of 2010 to reach nearly 5.7 million, the airport's operator company said on Tuesday.

The increase marked a 95 percent surge with some 3.4 million and 1.5 million passengers respectively on international and domestic flights.

The operator company said it expected the number of passengers using the airport would reach to as high as 11 million by the end of the year.

The consortium won the management rights of the airport for 20 years on May 1, 2008 for 1.9 billion Euros.