The New York Times issued a correction regarding photo of Turkish president and PM accompanying a story alleging ISIL recruitment in Turkey. 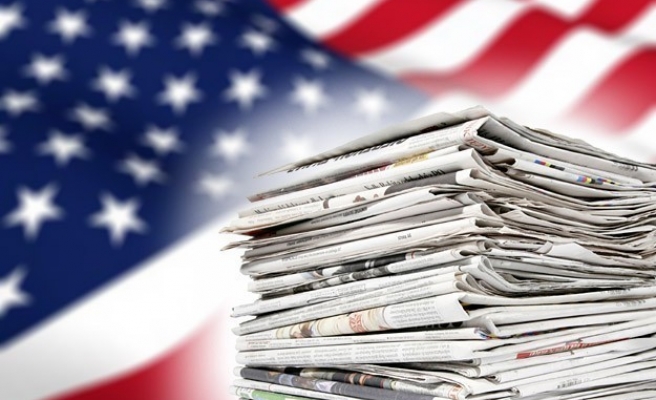 The American daily newspaper The New York Times has admitted it was a mistake to use a photograph showing the Turkish president and prime minister leaving a mosque in Ankara to accompany a story on alleged ISIL recruitment from Turkey.

"A picture with an earlier version of this article, which showed President Recep Tayyip Erdogan and Prime Minister Ahmet Davutoglu leaving a mosque in August, was published in error," the daily said in a correction published on its website Wednesday.

"Neither that mosque nor the president’s visit were related to the recruiting of ISIS fighters described in the article," the correction said.

The story by Ceylan Yeginsu -- titled 'ISIS Draws a Steady Stream of Recruits From Turkey' -- alleges that Turkey is one of the biggest sources of recruits for the ISIL group.

"Hacibayram, a ramshackle neighborhood in the heart of Ankara’s tourist district, has morphed into an ISIS recruitment hub over the past year," says the article, which in its original version showed a photograph of President Recep Tayyip Erdogan and Prime Minister Ahmet Davutoglu leaving the historic Haci Bayram Mosque in the neighborhood.

Erdogan on Wednesday strongly rejected the allegations in the report.

"An international newspaper used a photo of me and Mr. Prime Minister leaving the Haci Bayram Mosque and wrote that a terrorist group was recruiting militants from the neighborhood surrounding that mosque. In mildest terms, this is shamelessness, sordidness, vileness," Erdogan said in Ankara while addressing a meeting hosted by the Chamber of Turkish Tradesmen and Craftsmen.

"It is tactless to portray Turkey as a country supporting terrorism," Erdogan said. He stressed that Turkey opposed all kinds of terrorism and terrorist groups.

The group seized 49 Turkish consulate staff, including the consul-general and family members, in the Iraqi city of Mosul in June. The hostages are believed to be still held by ISIL.