Only women, children admitted to watch for Turkish match

Women formed long lines around Fenerbahce's Sukru Saracoglu Stadium to get their tickets to watch the game. 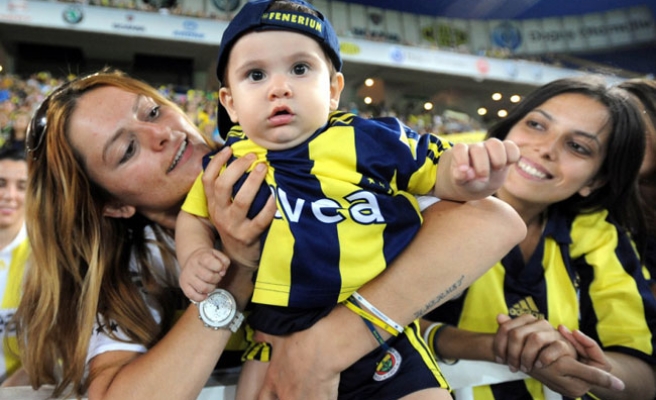 Only women and children have been admitted to watch Super Toto Super League match between Fenerbahce and Manisaspor in Istanbul under new rules approved by the Turkish Football Association.

Women formed long lines around Fenerbahce's Sukru Saracoglu Stadium to get their tickets to watch the game.

After opening of the gates, more than 41,000 women and children under the age of 12 filled the stadium.

The game kicked off with Fenerbahce and Manisaspor players hurling flowers at the spectators. They also applauded their female fans and greeted them.

Meanwhile tight security measures have been taken around the stadium to keep men out.

The female fans were searched by all-women police officers.

Women also showed their support to Aziz Yildirim, president of Fenerbahce who has been under detention under a match-fixing probe, by wearing T-shirts emblazoned with his photograph.

Meanwhile, a band formed by 12 female musicians, played songs to cheer the spectators.

Fenerbahce was ordered to play two home matches without any spectators after its fans invaded the pitch during a friendly against Ukrainian champion Shakhtar Donetsk.

The federation changed its rules this week to allow women and children in.