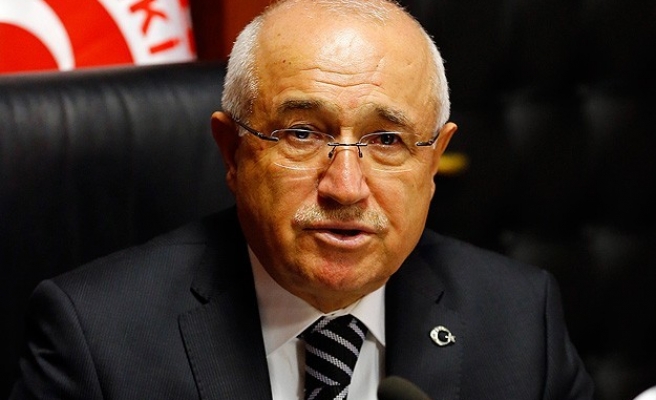 Turkey's parliament speaker, Cemil Cicek, asked for the support of Parliamentary Union of the Organization of Islamic Cooperation (OIC) member states in a meeting in Tehran, Iran, for Turkey’s bid for UN Security Council non-permanent membership, of which elections will be held in October.

In 2009-2010, Turkey occupied one of the much-coveted non-permanent seats allocated to Western European and Others Group in the 15-member UN Security Council.

In a speech at the meeting, Cicek addressed the Cyprus issue after the Turkish and Greek Cypriot sides of the island re-started negotiations.

"We should not let this problem continue. What we need from you - Turkey’s friends - is support the Turkish Cypriots’ praiseworthy efforts for a solution that is in line with the U.N. secretary-general’s calls for an end to the problem and for good relations with the Turkish Republic of Northern Cyprus," Cicek said.

The Cyprus peace talks, which have been stalled since January 2012, are set to resume after the Turkish and Greek Cypriot leaders agreed last week on a joint declaration.

Cicek, touching upon the Middle East peace process, said that a two state solution that would allow for a Palestinian state with its capital in East Jerusalem according to 1967 borders, should be realized as soon as possible.

"The necessary political will by both sides should make the process become successful," Cicek said, emphasizing that such a solution is the common expectation of OIC countries.