Intelligence sources say the PKK has decided to capitalize on the unrest sparked by the protests over Gezi Park in İstanbul, and reports suggest the PKK is setting up a new group to provoke an uprising. 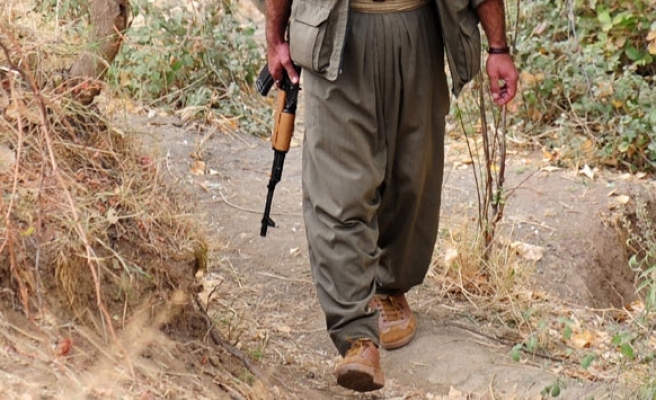 The Kurdistan Workers' Party (PKK) has reportedly staged 47 violent attacks in the past 10 days despite an ongoing settlement process to solve the country's Kurdish issue.

On June 28, a demonstrator was killed in Lice, Diyarbakır, during a protest against the building of a new security outpost in the town. Some sources claim the protest was fomented by the PKK. Also, in Cizre, a district of Şırnak province, the group has set up so-called public safety checkpoints, according to recent reports from the region. The PKK has orchestrated a total of 47 violent incidents over the past 10 days in many cities including Adana, Ankara, Diyarbakır, Hakkâri, İstanbul and Mersin, according to recent reports, although most of these weren't covered in the press.

In the incidents, three buildings were set on fire. Six police vehicles and one gendarmerie outpost were damaged in attacks by PKK supporters. One demonstrator in Hakkâri lost his fingers when he threw a sound bomb. There were many attacks in rural areas of the predominantly Kurdish Southeast and East, with the PKK reportedly abducting many locals who refuse to support the organization.

Intelligence sources also say that the PKK has decided to capitalize on the unrest sparked by the protests over Gezi Park in İstanbul, and intelligence reports suggest that the PKK is setting up a new group that will work to provoke an uprising. There is also intelligence indicating that the PKK is trying to revive the Kurdistan Communities Union (KCK), an umbrella organization that includes the PKK and is active in urban areas. The KCK was nearly destroyed over the past years due to hundreds of detentions and arrests as part of investigations into its network.

The PKK's reported attacks that took place over the past 10 days were not limited to urban centers. On June 20, 2013, a group of 25 PKK members raided a village, kidnapping the village head and stealing TL 300 worth of jewelry that belonged to him. He was released a few days later. On June 17, 2013, four workers doing road maintenance work in Silopi, Şırnak, were physically assaulted by PKK militants. On June 11, four PKK militants set three bulldozers and one excavator on fire, as well as eight cellular phones owned by workers on a road construction project. On June 15, five PKK members burned five vehicles in the Yayladere district of Bingöl. Several other abductions were reported in June as well as harassing fire opened by PKK militants on some military outposts.

Intelligence reports also indicate that the PKK's youth organization, the Patriotic Revolutionary Youth Movement (YDGH), was passing out pamphlets in Cizre warning area residents not to “relax” because of the ongoing peace process. They demanded the release of Abdullah Öcalan, the head of the PKK who is serving a life sentence on İmralı, an island in the Sea of Marmara.

The group is also trying to take over the administrations of local civil society organizations in the East and Southeast. According to intelligence reports, the PKK is sending its members to visit villages and using threats to frighten villagers into supporting the Peace and Democracy Party (BDP). At least 2,200 new recruits have joined the PKK in the past few months, according to reports.

The reports raise serious questions about the PKK's commitment to the settlement process that began with negotiations between state officials and the PKK's jailed leader Öcalan in October last year. Speaking through a BDP delegation that visited him on the island around that time, in March, during Nevruz celebrations in Diyarbakır, Öcalan ordered PKK members to lay down their weapons and begin withdrawing from Turkish territories. Öcalan's release from prison is one of the main demands of the BDP, but the government says this is not a realistic request.