PKK demands TL 50,000 from parent after son escapes from Kandil

The PKK demanded the father pay TL 50,000 in compensation and reportedly threatened to set his car on fire and abduct his son again. 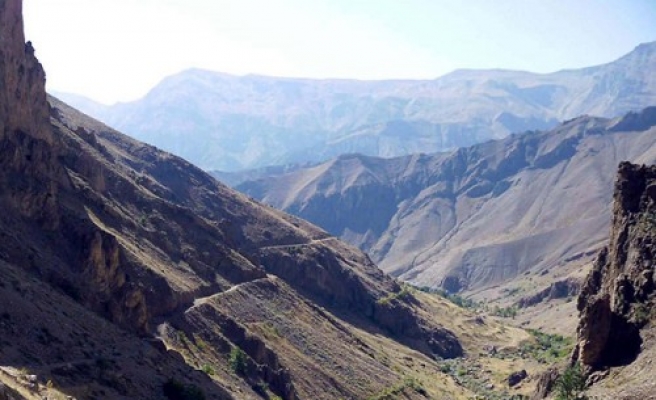 The Kurdistan Workers' Party (PKK) has allegedly demanded that a family pay TL 50,000 after their 13-year-old son, F.A., escaped from a PKK hideout in the Kandil Mountains of northern Iraq, where he was forcibly taken a year previously.

F.A., who managed to escape from a PKK base in Kandil last week, surrendered to Iraq's autonomous Kurdistan Regional Government's (KRG) security forces.

The KRG returned F.A. to Turkey through the Habur border gate. After it was determined that F.A. had not been involved in any activities, he was returned to his family in the Beytüşşebap district of the southeastern province of Şırnak after being questioned at the Diyarbakır Public Prosecutor's Office.

However, the PKK organization reportedly called F.A.'s father to a meeting at the Laleş Plateau in Şırnak and threatened him. The PKK demanded the father pay TL 50,000 in compensation, claiming that his son harmed the so-called image of the PKK by fleeing from its base.

The PKK also reportedly seized the father's vehicle and threatened him, saying that if he failed to pay the specified amount of money, they would set his car on fire and abduct his son again. The father, who is working at an industrial site in Beytüşşebap, is now allegedly trying to collect this amount of money to deliver to the PKK.

According to claims by F.A.'s father, his son was sold to the PKK in return for $2,000 last year. F.A.'s father says he went to Kandil several times to try to save his son, but was never permitted a visit.

This incident is not the first in which the PKK has asked for money from families. A high school student in the eastern province of Bingöl, Ö.A., joined the PKK two months ago, but surrendered to Turkish security forces after only two weeks.

The PKK invited Ö.A.'s father to a PKK camp near Diyarbakır's Kulp district and also demanded that he pay TL 50,000 compensation. The PKK reportedly told the father that his son surrendered to security forces with a gun the PKK provided him with and threatened him.

Continuing to disseminate its propaganda despite the ongoing settlement process launched in October, 2012 by the Turkish government to end the conflict in the country, the PKK has been recruiting young people into going to the mountains to join the organization.

According to the official records, 2,500 young people have joined the PKK in the last few months. However, some regret their decision and surrender to Turkish security forces. The young people, who are called heroes or brave hearts during their membership period, are called agents and betrayers when they escape from the PKK as they are not accustomed to living in the mountains.

Eight PKK members surrendered to Turkish security forces on July 11. Four were under the age of 14.