The abductions are one in a series of 47 reported acts by the PKK in the past 10 days despite an ongoing settlement process to solve the country's Kurdish issue. 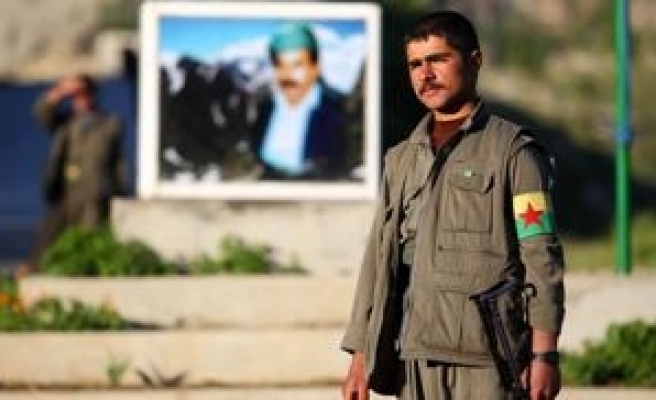 The Kurdistan Workers' Party (PKK) abducted three operators working at a stone quarry in the Tatvan district of Bitlis, the governor's office announced on Tuesday.

The statement, issued on Tuesday morning, said the quarry where the three were kidnapped is located in Dalda, a village of Tatvan. PKK members raided the quarry at 8:30 p.m. on July 8 and kidnapped three of the mine's operators, who were identified only with their initials in the statement as T.A., N.Ş, and E.A. The governor's office said operations were being conducted in the region to capture the militants and rescue the hostages.

The abductions are one in a series of 47 reported acts by the PKK in the past 10 days despite an ongoing settlement process to solve the country's Kurdish issue. There has been increasing tension over the past few weeks. On June 28, a demonstrator was killed in Lice, Diyarbakır province, during a protest against the building of a new security outpost in the town. Some sources claim the protest was fomented by the PKK.

Lice and protests organized by the Peace and Democracy Party (BDP) to urge the government to take action to meet Kurdish demands in the past few weeks have raised questions about the PKK's commitment to the settlement process, which began with negotiations between state officials and the PKK's jailed leader Abdullah Öcalan in October of last year. Speaking through a BDP delegation that visited him on the island around that time, in March during Nevruz celebrations in Diyarbakır, Öcalan ordered PKK members to lay down their weapons and begin withdrawing from Turkish territories. Öcalan's release from prison is one of the main demands of the BDP, but the government says this is not a realistic request.

In a related development, there was a pro-PKK demonstration in İstanbul's Taksim Square on Tuesday. A group from the Human Rights Association (İHD) protested a Danish court decision shutting down the Roj TV, MMC and Nuçe TV stations, which are known for their pro-PKK broadcasts. The protesters also condemned a DKK 5 million ($862,975) fine issued against the stations. The protestors said Denmark was violating freedom of expression of the three station's broadcasters.