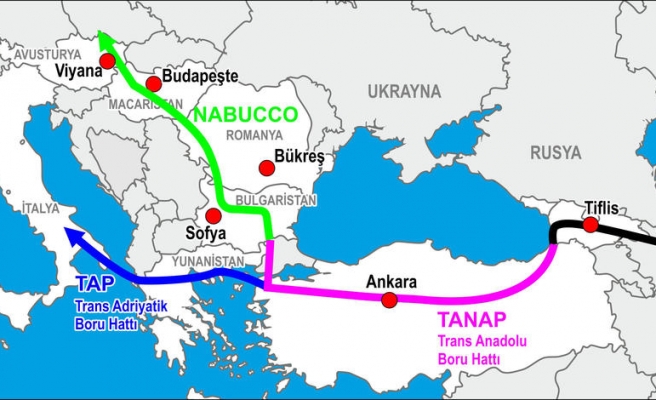 The Trans Anatolian Natural Gas Pipeline, TANAP - a pipeline that will transport gas from Azerbaijan’s Shah Deniz field to Europe through Turkey – will be a dream come true, Turkey’s Prime Minister Ahmet Davutoglu said Thursday ahead of his official visit to Azerbaijan.

Following Davutoglu's upcoming talks on Friday on bilateral relations and regional and international developments with Azerbaijani officials, the TANAP project foundations will be laid Saturday which Davutoglu described as a 'peace project' that will connect the Caucasus with the Balkans.

Turkey’s Minister of Energy and Natural Resources Taner Yildiz and Azerbaijan’s Minister of Industry and Energy Natig Aliyev signed the memorandum of understanding on the TANAP on 26 May, 2014.