Nine suspects, who are allegedly members of the Marxist-Leninist Communist Party (MLKP), were detained on charges of engaging in illegal acts and inciting people to commit crimes during the recent nationwide Gezi Park protests 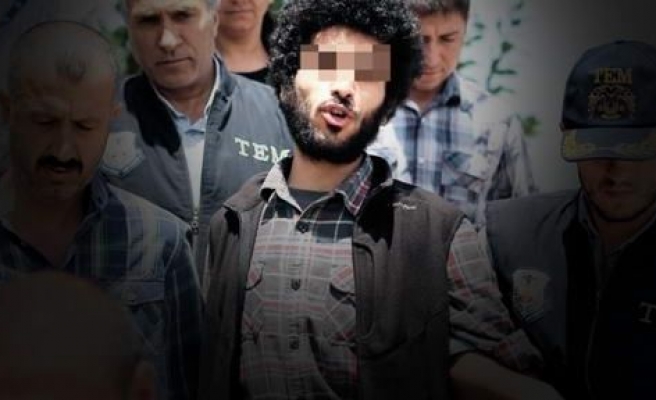 Nine suspects, who are allegedly members of the Marxist-Leninist Communist Party (MLKP), were detained on charges of engaging in illegal acts and inciting people to commit crimes during the recent nationwide Gezi Park protests in simultaneous predawn police operations conducted in five provinces on Tuesday.

The police carried out operations in the provinces of Ankara, İzmir, Samsun, Mersin and Tunceli on Tuesday morning. The nine suspects were detained in simultaneous raids on 11 locations by the police and were taken to police stations for questioning. The search for two other suspects is still under way.

According to the Ankara Police Department's counterterrorism unit, the identities of the detained suspects were determined from security camera footage. The police claim that the suspects were seen damaging public buildings, vehicles and offices and throwing Molotov cocktails during the demonstrations. The suspects are all allegedly members of the MLKP. The police seized several CDs, hard disks and numerous documents during the raids.

5 detained in Hatay over Gezi protests

The Hatay Governor's Office stated on Tuesday that five suspects were detained in Hatay province on charges of engaging in provocative acts during the pro-Gezi demonstrations in Hatay and being members of a “terrorist organization.” The governor's office also said numerous documents containing illegal content were seized during the police operations at the houses of the detained suspects. The governor's office also said the police seized an unregistered pump-action rifle and 16 shells belonging to this weapon during the raids.

Meanwhile, the General Directorate of Higher Education Loans and Accommodation (KYK) has brought in some new conditions for university students to be able to obtain a state scholarship. According to a Doğan News Agency (DHA) report on Tuesday, university students who are determined to have been involved in any “terrorism,” anarchism or shouting illegal slogans will lose their chance to obtain both non-refundable grants and learning credit provided by the state. The KYK pays TL 280 scholarships either as non-refundable grant or learning credit for 12 months to university students who meet the requirements of the KYK.

This alleged move of the KYK was assessed as measure taken against students involved in the nationwide Gezi protests. With these new conditions, university students attending any pro-Gezi protests will not be able to receive KYK scholarships if they are clearly determined to have been involved in illegal activities during protests.