The police intervention was the first in a week in Istanbul after protesters marched on Taksim last weekend, 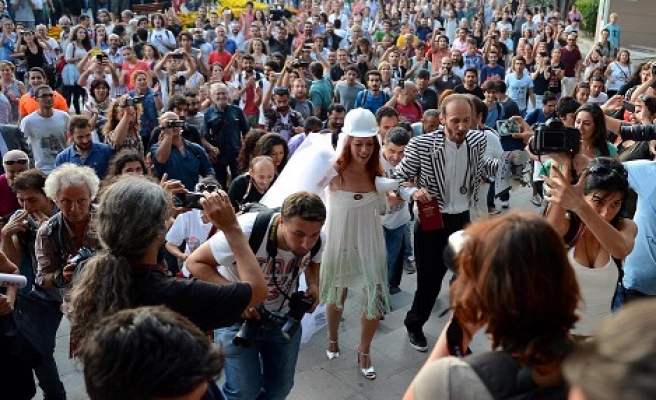 Turkish police fired water cannon on Saturday to disperse hundreds of protesters who gathered to march to Gezi Park in central Istanbul.

Saturday's protests were triggered when police blocked access to the park where a couple, who met during last month's anti-government rallies, were planning to get married and had posted an invitation for guests to attend online.

Groups of riot police chased protesters down side streets leading away from Taksim square where Gezi park is located.

The police intervention was the first in a week in Istanbul after protesters marched on Taksim last weekend, angered by a government-sponsored bill which stripped an architects' and engineers' association involved in the protests, the TMMOB, of its final approval authority on urban planning projects.

What had started as a small protest against the planned redevelopment of Gezi Park triggered a nationwide wave of protest last month against Erdogan, accused by his critics of becoming increasingly authoritarian.

Five people died and thousands were injured in the police crackdown on the protests across Turkey, which posed the biggest challenge to Erdogan's decade-old rule.