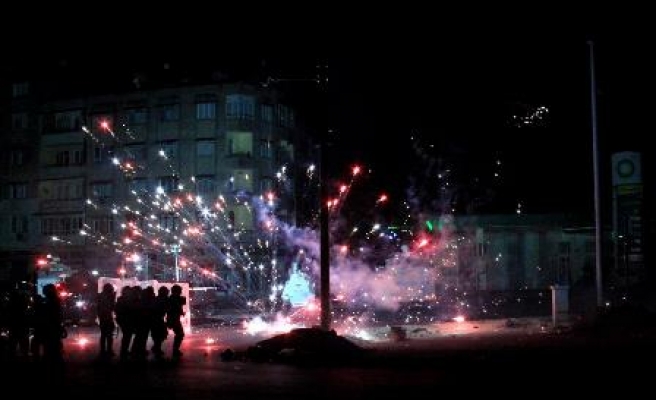 The Hatay Police Department staged an operation in Antakya's Sevgi Park early in the morning to remove protesters who stayed in tents for one-and-a-half months in a show of support for the Gezi Park movement.

Riot police came to the park, backed up by TOMA water cannon trucks, to carry out the operation. Several protesters were reportedly detained, and Molotov cocktails, stones and sticks were allegedly found in the tents.

Main opposition Republican People's Party (CHP) Hatay deputy Hasan Akgöl, speaking to reporters following his visit to the police department after the incident, said 28 people were detained in connection with the Gezi Park protests, including 15 people detained during home raids.

The brothers of Abdullah Cömert and Ali İsmail Korkmaz, who both lost their lives during protests in Hatay, were reportedly waiting outside the police department in support of the families of the detainees. Cömert was shot dead on June 3 and Korkmaz died on July 10 at hospital after being brutally beaten by a group on June 2.

The Hatay Chief Public Prosecutor's Office issued a written statement on Sunday, stating that there have been five investigation reports regarding the death of 22-year-old Abdullah Cömert.

A report is expected from the Council of Forensic Medicine (ATK) identifying the exact cause of death. According to the statement, an autopsy was carried out as well as a detailed investigation of the evidence from the crime scene. Security camera footage is still being analyzed.