Poll shows backing for reforms on eve of Turkey's vote

A clear majority of Turks will give their backing in a referendum to constitutional reforms proposed by the government, a polling institute predicts 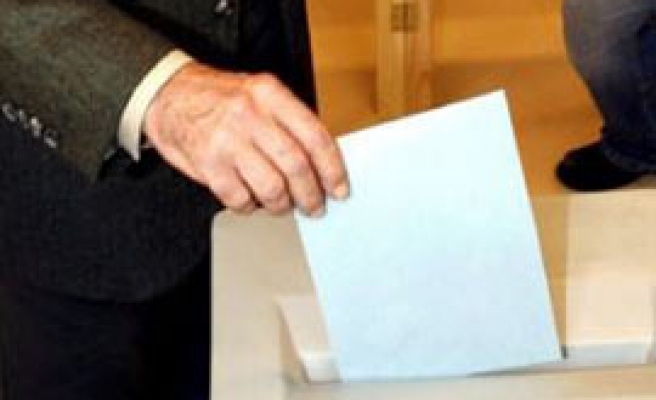 A clear majority of Turks will give their backing in a referendum on Sunday to constitutional reforms proposed by the government, a polling institute said in an eve-of-vote boost for Prime Minister Tayyip Erdogan.

A survey by KONDA institute said the reforms, including controversial changes to the judiciary, would pass with a "yes" vote of 56.8 percent in Sunday's plebiscite, seen as a key gauge of Erdogan's support before a parliamentary election next year.

However, KONDA said 17.6 percent of the electorate were still undecided. Earlier polls this week showed the vote was too close to call, with one predicting a narrow defeat for the reform package and the other suggesting it would pass by the slimmest of margins.

Erdogan says the reforms will bring the constitution, drafted after a 1980 military coup, closer in line with those of the European Union, which Turkey seeks to join.

Defeat in the referendum would damage the ruling party's morale ahead of the parliamentary election, due by July 2011.

"Lack of strong party other than AKP"

Tarhan Erdem, head of KONDA, said the AK party however did not face a real challenge heading into next year's election, and voting in the referendum would follow party loyalties.

"The lack of a strong party other than AKP is a major shortcoming of Turkish politics.... falling opposition to the reforms is due to a decrease in support for the CHP," he said.

Kemal Kilicdaroglu took over the CHP in June after veteran leader Deniz Baykal resigned. While support surged to 35 percent from a previous 20 percent after his immediate appointment, Kilicdaroglu failed to keep up this momentum, Erdem said.

Party leaders were due to make final appeals on Saturday.

"Voting at airports and borders"

Turkish citizens resident abroad have already been voting for the last month at Turkey's borders and airports.

"I voted 'yes'. I think the referendum is important for boosting democracy and freedom. If Turkey wants to get into the European Union it needs a strong democracy," said 36-year-old Murat Sonmez, heading home to France from Istanbul airport.

Turkish markets are unlikely to move significantly if the constitutional changes pass, but could turn bearish if the government loses the plebiscite.

The KONDA poll was conducted on Sept. 4-5 and had a margin of error of plus or minus 2 percent.