Trucks belonging to Turkey's MIT were raided by police after a tip-off suggested they were delivering weapons to Al-Qaeda linked groups in Syria. 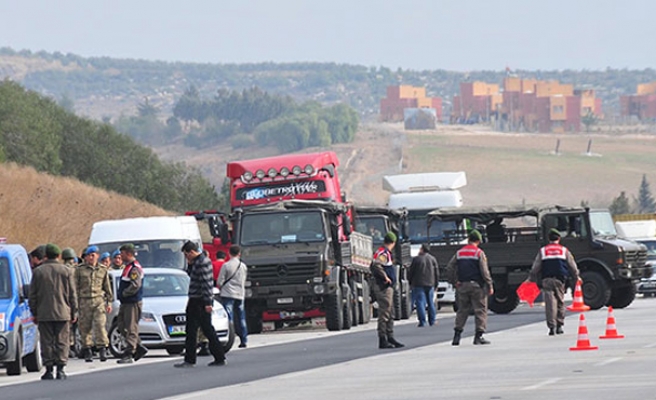 The chief prosecutor’s office of Turkey’s south-eastern Adana province has today announced that it will investigate the police raid on delivery trucks belonging to the country’s National Intelligence Agency (MIT) last month.

The raid, which was claimed to be ordered after a tip-off suggested that the trucks contained weapons that were going to be delivered to Al-Qaeda linked groups in Syria, involved nearly 500 gendarmerie forces. The drivers of the trucks were arrested.

A week after the gendarme started its own investigation, the Adana chief prosecutor’s office said it too has started an investigation into the tip-off and the procedure which was followed in carrying out the raid, amid claims that the whole fiasco came about as a result of a covert plot against Turkey's intelligence agency.

The raid is believed to have been part of a wider operation that has been taking place across Turkey since the anti-graft arrests of two dozen government loyalists on December 17, in what Turkish Prime Minister Recep Tayyip Erdogan has called a post-modern coup attempt by a 'parallel state' ahead of the local elections in March.