60 people, including son of former urbanization minister, had charges dropped from December 17 anti-corruption investigation, which led to the resignation of four cabinet ministers. 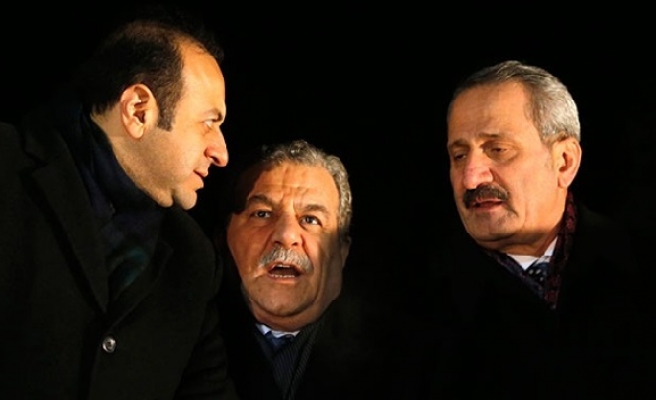 No further legal action will be taken against the 60 people initially charged on the December 17 anti-corruption investigation, Istanbul public prosecutor declared on Friday.

Prosecutor Ekrem Aydiner reviewed charges and declared a 'nolle prosequi,' verdict meaning prosecution is ended, regarding claims of corruption in Turkey's state administration of housing development (TOKI) as part of the overall investigation. Aydiner ruled on the release of those charged citing illegally gathered evidence - wiretaps - as a breach of freedom of communication.

In his 'nolle prosequi' verdict, the prosecutor cited unlawfully gathered evidence through wiretapping the indictees, who were charged with "spoiling, destroying or hiding official documents," "accepting and/or giving bribes," "causing reconstructional pollution," "ganging up to commit a crime," "being a member of illegal organization," and "malpractice."

"The whole prosecution was actually launched based on a presumed criminal organization without concrete and competent evidence, and the following proceedings such as the wiretapping were conducted upon an unlawful ruling," he said.

The prosecutor reasoned that the court's permit to wiretap the indictees lacked "due diligence to prevent any violation of one of the key human rights and freedoms -- the freedom of communication."

The December 17 investigations and the following prosecution saw the detention of the sons of three former ministers -- Guler, Bayraktar, and Caglayan -- along with high profile businessmen and the head of the state-owned lender Halkbank. Those detained were later released, pending trial.

The alleged wiretapping of the phones of Turkey's Prime Minister Recep Tayyip Erdogan and high profile officials from his government emerged after the December 17 anti-graft operations.

Alleged wiretapping of the phones of Turkey's Prime Minister Recep Tayyip Erdogan and high profile officials from his government emerged after the December 17 anti-graft operations, decried by the government as a "dirty plot" set in motion by a "parallel state" -- a shadow government allegedly nestled within the country's police department and judiciary -- which Erdogan says is led by U.S.-based Turkish congregation leader Fethullah Gulen.