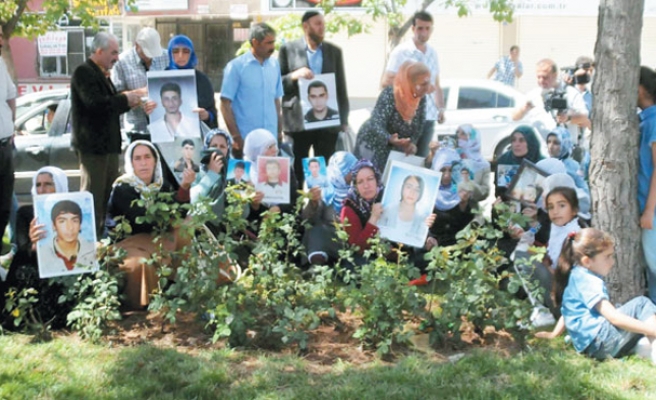 Families engaged in a sit-in protest in the southeastern city of Diyarbakir after Kurdish separatists kidnapped their children have ended a two-day hunger strike.

Two people who began the hunger strike on Monday were taken to hospital for medical treatment.

Meanwhile, the remaining family members are continuing their sit-in protest in Dagkapi Square in Diyarbakir city.

The mass protests came after the outlawed Kurdistan Workers’ Party – PKK – reportedly kidnapped an unknown number of children on April 23.

The kidnappings have threatened to destabilize the delicate 'solution process' which addresses the issues of the Kurdish people.

Families of some of the kidnapped children have been staging sit-ins in Diyarbakir where they were abducted, marking the first-ever public reaction to such kidnappings in the southeastern region. The sit-ins have received support from high-ranking government officials.