Pro-Kurdish protesters smashed windows at the consulate in Bregenz. 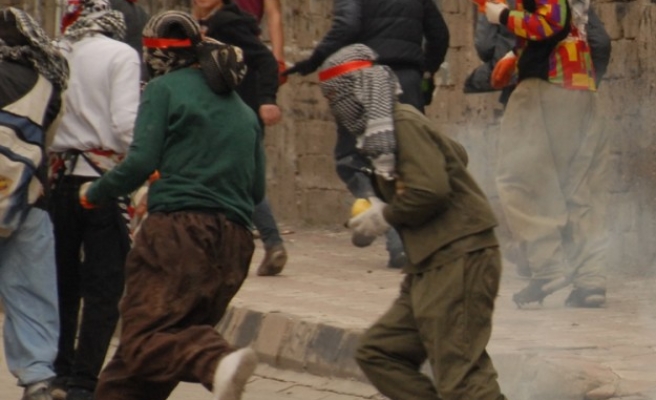 Demonstrators attacked a Turkish consulate in Austria Monday night as they protested against Turkey’s lack of support for Kurdish fighters in the besieged Syrian town of Kobani.

Masked protestors hurled stones through the windows of the consulate in Bregenz, western Austria.

Up to 50 demonstrators had gathered to protest, chanting slogans of the outlawed Kurdistan Workers’ Party, known as the PKK. The party is recognized as a terrorist group in Turkey, the EU and the U.S.

No consular staff were present in the building and the protest was dispersed by police.

Around Turkey, protests against Turkey’s refusal to intervene militarily in Kobani or supply Kurdish defenders with weapons also took place Monday and Tuesday.

The town, which sits just across the Syrian border, is close to falling into the hands of ISIL militants. ISIL attacks on the area surrounding Kobani resulted in more than 160,000 refugees crossing into Turkey over the last three weeks.

In Istanbul, protesters put up a barricade in Gazi neighborhood, set fire to a bus and clashed with riot police, who responded with tear gas and water cannon.

In the city’s Bagcilar district, groups threw stones at buses and a police officer received a leg wound when police came under fire from the crowd.

In the Kurdish-majority provinces of Diyarbakir, Sirnak, Mardin and Batman, demonstrators threw Molotov cocktails and stones at police.