Psychological attacks may be involved in engineers' deaths: report

A report expresses that four engineers working for a Turkish defense industry giant who died in mysterious, consecutive deaths may have been exposed to telepathic attacks aimed at destroying them psychologically. 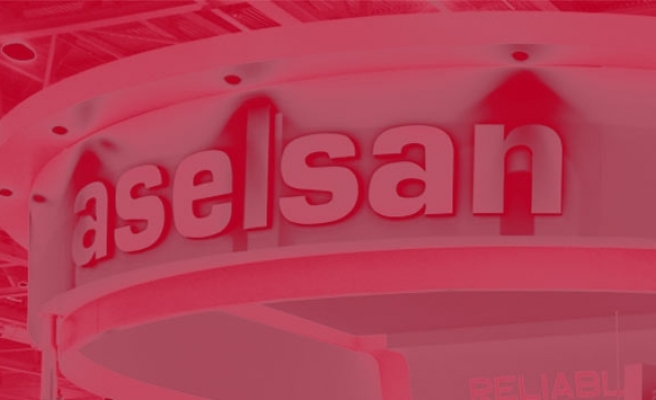 A report the Inspection Board of the Prime Ministry has recently completed on the mysterious deaths of some engineers working for a Turkish defense industry giant, ASELSAN, maintains that the young engineers may have been driven to commit suicide after being exposed to telepathic attacks aimed at destroying them psychologically.

Four engineers working for ASELSAN died in mysterious and consecutive deaths in the years 2006 and 2007. Following the initial probe conducted after the deaths of Hüseyin Başbilen, Halim Ünsem Ünal, Evrim Yançeken and Burhaneddin Volkan, the press reported that the unexpected deaths of the four engineers were believed to be suicides, but question marks about the deaths have lingered on, with the families of the victims usually skeptical about their suicides.

Last year, the Inspection Board of the Prime Ministry launched a probe into the engineers' deaths. After completing a one-year investigation into the incidents, the Inspection Board has drawn up a final report, which, after being presented to Prime Minister Recep Tayyip Erdoğan this week, was also submitted to the Ankara Chief Prosecutor's Office, which is in charge of the investigation.

Despite previous claims in the media that the four engineers had worked on some important defense projects, “They were not working on critical projects,” the report said. One of the most striking things in the report is the suggestion that the four engineers may have been led to commit suicide after being subjected to telepathic attacks aimed to induce depression. In the report, inspectors also urged the Ankara Chief Prosecutor's Office to investigate the deaths from this perspective.

The report doesn't provide a clear answer as to whether the deaths should be labeled as murder or suicide. After enumerating the findings about the deaths, the inspectors drawing up the report highlighted the fact that video images of the period immediately before the deaths, particularly in the cases of Başbilen and Yançeken, are needed, but as the deaths were seven years ago, it is no longer possible.

Hüseyin Başbilen (31), a cryptology expert, was found dead in his car, with his throat and wrist cut, in Ankara on August 2006. Authorities announced that Başbilen, who had been married for two months, had committed suicide. Six months after Başbilen's death, Halim Ünsem Ünal, 29, was found dead, shot in the head by a pistol belonging to his father, in his car. The death of Ünal, who was to be married in three days, was also recorded as suicide.

Only eight days after Ünal's death, another electrical engineer, Evrim Yançeken (26), lost his life, falling from the balcony of the apartment in which he was living with his parents in Ankara. About ten months later, Burhanettin Volkan, a software engineer, apparently committed suicide on October 9, 2007, with his own gun while on guard duty as part of military service. Volkan, who had started to receive psychological treatment before being enlisted, was married during his military service. He died only 40 days after being married.

Initially, all four cases were closed after being labeled as suicides. But Fikret Seçen, the prosecutor conducting the Ergenekon investigation, an illegal gang charged with plotting to overthrow the government, referred the files of Başbilen, Yançeken and Volkan to the Ankara Chief Prosecutor's Office in 2010.

Başbilen's case is particularly suspicious. In the report drawn up by the Security Directorate, the theory of Başbilen's murder is given a higher probability by experts, while out of the eight members of the Council of Forensic Medicine (ATK), five said the Başbilen case was suicide, with three opting for murder. The investigation is still ongoing regarding the deaths of the ASELSAN engineers. Vehbi Başbilen, father of Hüseyin, wrote a letter to Erdoğan in August last year, saying he didn't believe his son would have committed suicide. It was following this letter that Erdoğan instructed the Inspection Board to investigate the case.

The Inspection Board examined almost everything, from the projects the four engineers worked on to the victims' family life, psychological treatment they were receiving, trips abroad and files prepared by the prosecutor's office. Members of the Inspection Board also talked with the families, the psychologists of the victims and with experts in telepathy.