The Independent Industrialists and Businessmen's Association (MÜSİAD) Mardin Provincial Chairman M. Ali Dündar noted that the package make a particular contribution to the human rights and freedom of religion 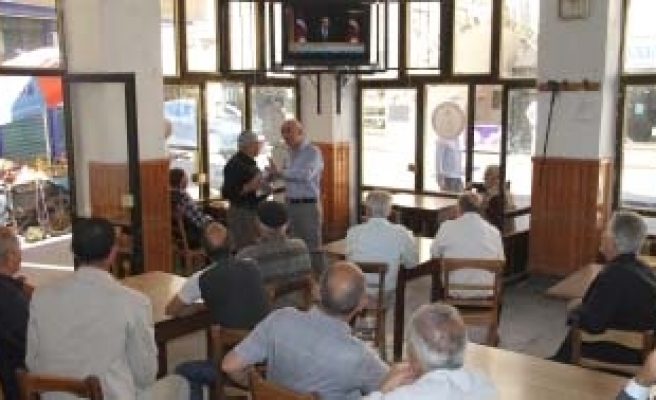 Several of civil society organizations and opinion leaders in Turkey’s southeastern province of Mardin have supported the democratization package that unveiled on Monday by Turkish Prime Minister Recep Tayyip Erdoğan.

Mardin-based think tank institute USTAD President Ahmet Akgül said a long-anticipated package offers reforms that please people in the region. Pointing out that it is not right to link the package with the settlement process, “As many of the amendments in the package have not been proposed due to the PKK (the Kurdistan Workers' Party), on the contrary it consists of regulations made despite of the PKK.

The Independent Industrialists and Businessmen's Association (MÜSİAD) Mardin Provincial Chairman M. Ali Dündar also noted that the package make a particular contribution to the human rights and freedom of religion. Saying that they welcomed the reform package, Dündar said decisions like providing education in Kurdish language at private schools and lifting the requirement of the primary school oath will also be welcomed by the people in the region. He also added that Kurdish language should be taught at the public schools for the sake of resolving the Kurdish issue. Removing headscarf ban and giving freedom of religion are also very important, Ali Dündar said.