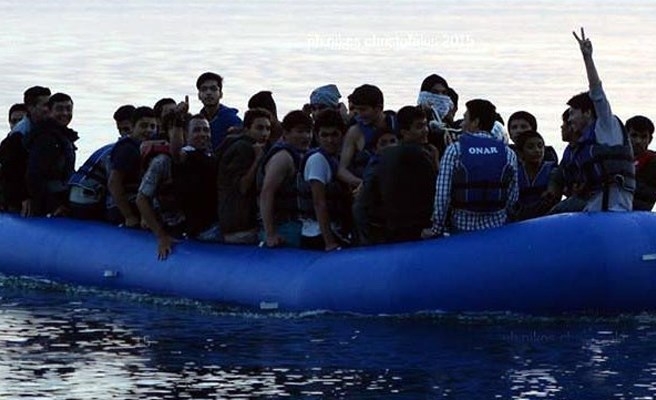 The boat is the latest to sink in the waters off the Bodrum peninsula, where refugees gather to make the short but perilous sea journey to nearby Greek islands as they seek new lives in Europe.

Amir Cicek, governor of Mugla province, said the vessel sank off the Turkish island of Cavusadasi, which lies around 3 kilometers (2 miles) west of the mainland, in the early hours of Sunday as it headed for Kos.

He added: “37 people were on board the 8-meter vessel. Our teams rescued 20 of them while they found 17 bodies.”

On Saturday night, the Turkish Coast Guard intercepted two boats carrying 31 Syrian and Afghan refugees heading to Kos, which is around 5 kilometers (3 miles) from Turkey. Ten Syrians were pulled from the sea as they tried to swim back to Turkey.

Two weeks ago, 15 refugees drowned in Bodrum’s bay when their boat, a 15-meter day-trip vessel, sank.

According to the International Organization for Migration, 505,693 refugees have arrived in Europe by sea this year, most arriving in Greece. There have been 227 deaths in the Aegean Sea, the group said.