Shortly after the December 17 anti-graft raids, an audio supposedly exposing Erdogan telling his son to hide a substantial amount of cash in his home was leaked. 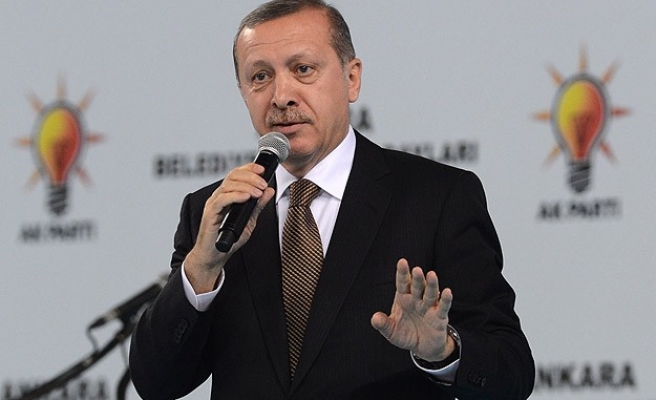 The Scientific and Technological Research Council of Turkey (TUBITAK) has in a report submitted to the Chief Prosecutor of Ankara stated that a potentially incriminating audio leaked of a conversation between Prime Minister Recep Tayyip Erdogan and his son Bilal was a fabrication.

Shortly after the December 17 anti-graft raids saw the arrest of dozens of government affiliates in Turkey, an incident which shook the nation with allegations of bribery and corruptiong within Erdogan's ruling Justice and Development Party (AK Party), an audio supposedly exposing Erdogan telling his son to hide a substantial amount of cash in his home was leaked.

The report released on Friday however claimed that the words spoken in the audio were carefully and craftily placed snippets to form desired sentences.

The timing of the scandal came just months before Turkey's vital local elections on March 30, spurring calls from the Turkish opposition for Recep Tayyip Erdogan to step down. It was just one of many audio leaks to have hit Youtube during the period.

Eventually the accusations of corruption evolved into a wiretapping scandal, in which Turkish intelligence revealed that hundreds of thousands of Turkish citizens, including top officials and journalists, had had their phones secretly tapped by what the government referred to as a 'parallel state'.

Shortly before the local polls, another audio was leaked featuring Foreign Minister Ahmet Davutoglu, Intelligence Chief Hakan Fidan, the Chief of Army Staff's second-in-command and one other official discussing potential war strategies in Syria should Turkey be attacked.

This leak prompted the immediate and temporary blocking of Youtube in the country. This block was lifted last week after an order by the Constitutional Court.