Rocket fire from Syria kills one, wounds two in Turkey

A rocket fire thrown from Syria landed on a house in Kilis, near a community centre, killing one and wounding two people 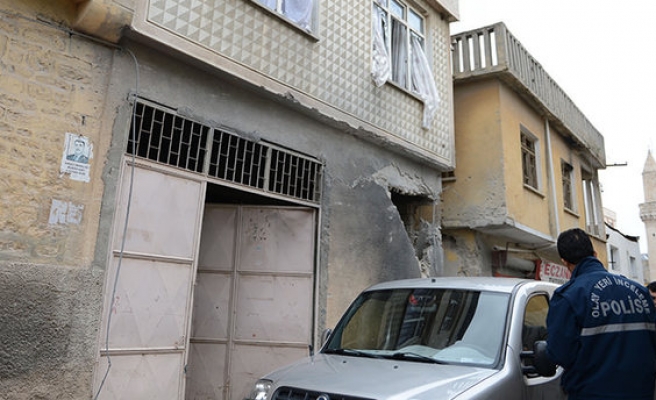 A rocket fired from Syria on Saturday slammed into the town of Kilis on the Turkish side of the border, wounding two people, reports said, quoting the local governorate.

The rocket hit a street causing an explosion that damaged nearby buildings and wounded an 18-year-old youth and a 14-year-old Syrian refugee girl, the Anatolia news agency said.

Local governor Suleyman Tapsiz said that the rocket had been "fired from Syria" but did not specify who by. The Dogan news agency described the rocket as Katyusha-type.

The incident comes after one person was killed and one more seriously wounded Monday when a rocket fired from a rebel-controlled area in Syria slammed into a schoolyard in Kilis.

According to Turkish media reports, the army had ascertained that the January 18 attack was carried out by ISIL fighters and responded by destroying their positions.

Kilis, a town of just under 100,000, lies just north of the Syrian border, some 10 kilometres (six miles) from the Syrian town of Azaz.

Turkish officials have said it is the only town in the country with a majority of Syrians, some of the estimated 2.2 million living in Turkey who have fled the civil war at home.