According to reports, the 35-year-old Turkish shepherd had crossed to the Armenian side of the border to retrieve a lost sheep and was shot dead by guards patrolling the Armenian border. 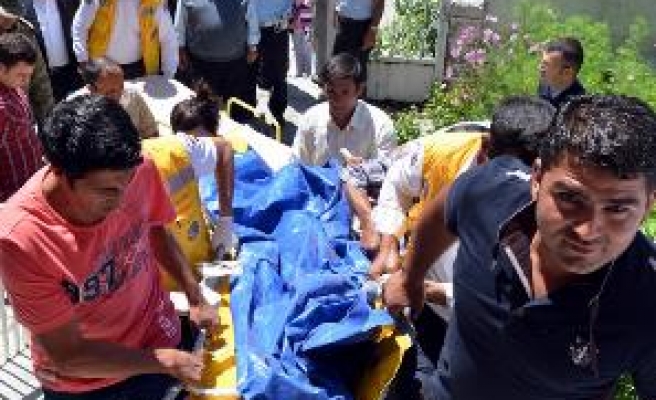 A state security institution from Russia announced that they are investigating the shooting of Mustafa Ülker, a Turkish shepherd who was shot dead on the Armenian border near Turkey's Kars province.

In remarks to the Armenian media, head of the Press Service of the Armenia Border Department of the Russian Federation Federal Security Service Sergei Grechin, said that they are examining how the event happened. “We are inspecting the event. The situation is being clarified,” Grechin said.

According to reports, the 35-year-old Turkish shepherd had crossed to the Armenian side of the border to retrieve a lost sheep and was shot dead by guards patrolling the Armenian border. Reports further stated that the soldiers opened fire on the shepherd without giving a warning.

In a statement released on Thursday, the Turkish Foreign Ministry harshly condemned Armenia for using excessive force, killing an unarmed civilian and ignoring the fact that such a crossing poses no threat to the national security of the country.

The statement concluded that the incident yet again highlighted the need for common sense in Armenian relations with its neighbors for normalization and sustainable peace in such a volatile region.

However, the fact that Russian troops protect the Armenian borders with Turkey and Iran in compliance with an agreement concluded between Moscow and Yerevan in 1992 indicates a possibility that the soldiers who shot at Ülker might be Russian. Some 4,500 Russian soldiers are serving in Armenia.

Ülker's body was brought to Turkey late on Thursday. Grechin indicated that the return of the body to Turkey was not in any way related to Russia.

Turkey closed its border with Armenia in 1993 in solidarity with Azerbaijan after the Armenian armed forces occupied 20 percent of Azerbaijan in 1992, including the Nagorno-Karabakh region. In 2009, the Zurich Protocols were signed between Armenia and Turkey to normalize relations; however, the move did not bear fruit as the border remains closed.