Russia defeated Puerto Rico 75-66 in the Group C of 2010 World Basketball Championship in the Turkish capital of Ankara. 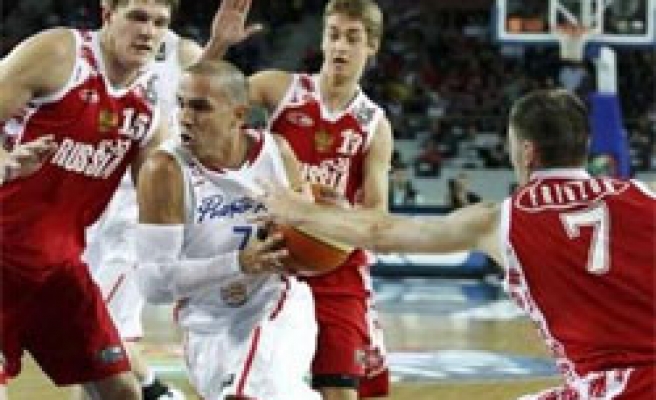 Russia defeated Puerto Rico 75-66 in the Group C of 2010 World Basketball Championship in the Turkish capital of Ankara on Saturday.

The Russian basketball team's technical director said that his team had a very good match with Puerto Rico in Group C of the 2010 World Basketball Championship on Saturday.

Delivering a statement after the game, Russia's coach David Blatt said his team's main goal was to keep its rival below 70 points and it achieved such goal.

Regarding Russia's victory, Puerto Rico's technical director Manola Cintron noted that his team had been good at defense, but not very effective in offense during its match against Russia.

"We could not use the opportunity we seized in the last 5 minutes, Russia, which managed to do that, won the game," the Puerto Rico coach said.