Temur Makhauri was charged with the execution Chechen Ali Osaev, who were gunnned down in Istanbul's Zeytinburnu district. 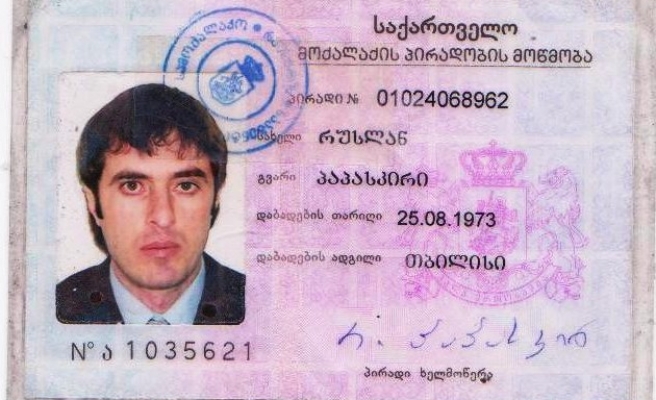 A Russian assassin accused of killing four Chechens in Istanbul between 2009 and 2011 have appeared in a Turkish court for their first hearing.

Temur Makhauri was charged with the execution Ali Osaev, who were gunnned down in Istanbul's Zeytinburnu district.

When asked how many times he met with Russian agents, Makhauri answered that he had done so on three occassions.

He also revealed that he had met with KGB agents one time in Egypt and had accepted a payment of $3,000 from them.

However, Makhauri denied the charges that were put against him, saying that he wasn't in Turkey at the time of the murder.

Makhauri, who had entered Turkey on 65 different occassions with two different passports, admitted that he carried a number of different identities.

'In Georgia I took the name Temur Makhauri, in Chechnya my name was Ali Dubaev, Ruslan Papaskiri is my third name which I use in Russia and other countries,' he said.

'In my circles I am known as Zona,' he said, before adding 'I did not kill Ali Osaev and I do not accept the charges.'

Makhauri was on his way to Egypt when he was arrested at Istanbul Ataturk airport.

After he was arrested, Turkey's National Intelligence Agency (MIT) revealed a video they had secretly recorded of Makhauri speaking with a Russian agent known as Kushtov.