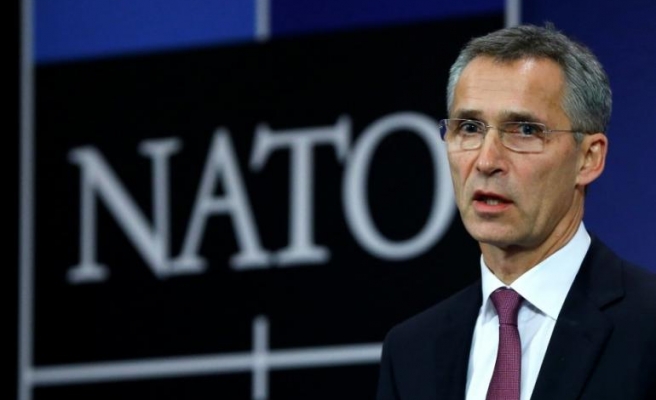 "I just met with the foreign minister of Turkey Feridun Sinirlioglu to discuss the recent military actions of the Russian Federation in and around Syria, including the unacceptable violations of Turkish airspace by Russian combat aircraft," he said.

"I call on Russia to fully respect NATO airspace and avoid escalating tensions with the alliance."

With tensions high after Russia began air strikes targeting what it said were ISIL fighters in Syria last week, Sinirlioglu requested the talks after Turkey said it had intercepted a Russian fighter on Saturday.

Stoltenberg said ambassadors from NATO's 28 member states would meet in the North Atlantic Council later Monday to discuss the situation.

"I made clear that NATO remains strongly committed to Turkey's security," he said.

"Russia’s actions are not contributing to the security and stability of the region."

Turkish President Recep Tayyip Erdogan is separately meeting top EU officials in Brussels Monday for talks dominated by the migrant crisis and the deepening conflict in Syria where he has backed rebels seeking the ouster of long-time Russian ally President Bashar al-Assad.

Turkey warned that if there was any repeat intrusion, Russia "will be responsible for any undesired incident that may occur".

Erdogan says Russia's bombing campaign in Syria is "unacceptable" and has warned Moscow it is making a "grave mistake".

NATO has stationed Patriot missiles on Turkey's southern border with Syria to prevent any spillover from a bitter conflict which has left 250,000 people dead and sparked a mass exodus of migrants seeking safety in Europe.

The missiles are however due to be pulled out shortly and it is uncertain if they will be replaced. NATO has said previously the issue was under review.