Turkey's citizens of Greek origin were glad due to opening of the school, despite only four students enrolled in the school. 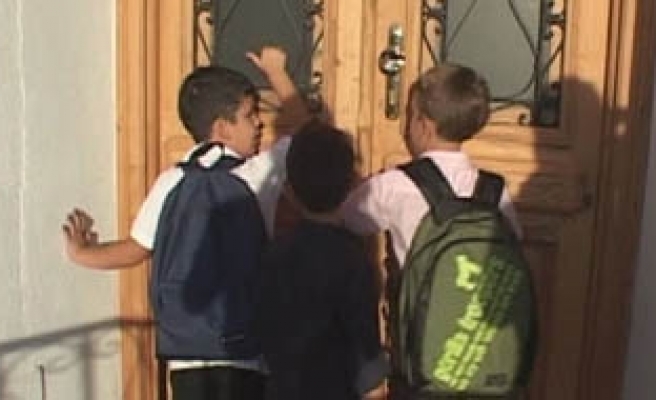 Private Gökçeada Greek elementary school opened with four students in Zeytinli village which is located in Turkish western province of Çanakkale's Gökçeada District. A great number of Turkish Greek citizens came to Gökçeada to celebrate the opening of the school.

As the school bells rang for 17 million school students across Turkey, Private Gökçeada Greek elementary school also opened doors for its students after half a century. Turkey's citizens of Greek origin were glad due to opening of the school, despite only four students enrolled in the school.

A vast number of Turkish citizens of Greek origin, some leaders of Greek community, the founder of Greek school Anna Koçumal and Head of Gökçeada district's National Education Directorate Tekin Baş attended the opening ceremony of the school.

"While the restoration and reconstruction are completed, we are opening our school after half a century. We can't feel happy enough, we can’t feel proud enough. We are grateful to those who contributed to for the revival of this work." Director of Private Gökçeada Greek Elementary School Paraşkevi Berber stated in her speech in the opening ceremony.