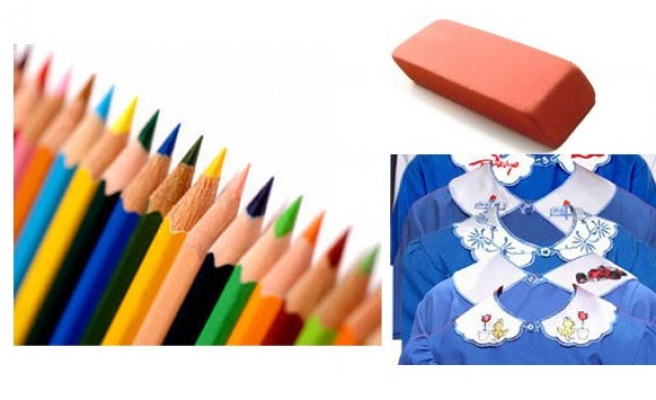 In Turkey, official inspections begun under the direction of Customs and Trade Minister Hayati Yazıcı more than two weeks ago, before the start of the new school year, to check the quality of stationery supplies and textile and leather goods, including clothing, used by children have revealed that most of the products children use and wear in school are harmful to their health.

Official inspectors from the Customs and Trade Ministry, appointed to check the quality of school supplies, began work before school opened.

They collected suspicious school materials from retail outlets, including 13 brands of children's shoes, 78 examples of stationery supplies and 41 textile products, and took them for detailed examination.

The results revealed that 10 of the pairs of shoes inspected, as well as 41 of the stationery items, contained levels of harmful substances, including phthalate and azo dyes, in excess of allowable limits.

Concerned with the results of the tests, ministry officials have begun taking measures to ban the use of these chemicals in stationery and leather goods produced in Turkey. Those products found to contain harmful substances will be removed from retail shelves to prevent their sale.

Stating that an extensive investigation will be carried out to discover how these products entered Turkey, involving customs officials and any others who have been negligent by allowing these products to reach retail outlets, Yazıcı told Cihan news agency on Tuesday that the ministry's goal is to withdraw all the harmful products from the market and ensure the complete safety of products marketed for children.

The ministry has also initiated legal proceedings that could result in heavy fines being levied against those responsible for producing or importing these products.